A fortress styled complex.
The map is made of one large outdoor hub area with two corridors branching from it. The corridors are pretty much mirror images of each other with only minor variations. Both corridors end in key locked doors, both have similar forks that lead to an upper level control room which requires the player to jump down to a lower leveled control room. The major difference is one has another branch off one of the control rooms that holds a key.

There are two keys to be found, but combat is the major factor in this level.
The flow is something along these lines: engage cluster of enemies, collect resources, and move to next corner, repeat. That's all there is to this map. 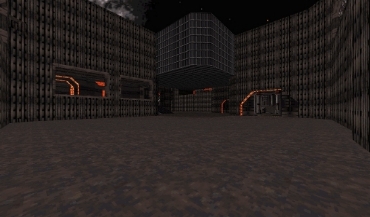 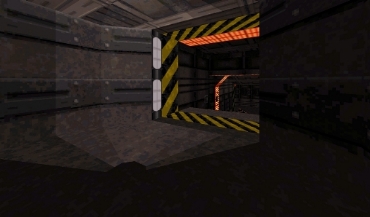 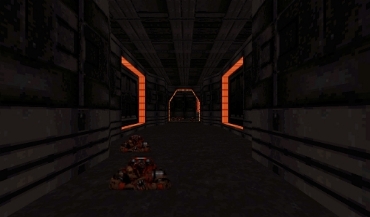 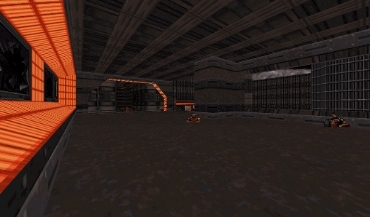 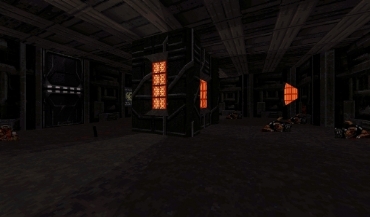 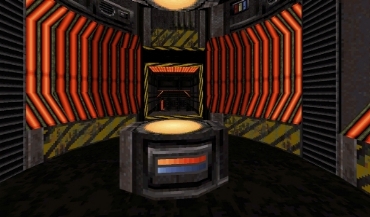