A conversion of the second level of Quake

Basically the interior of a temple styled structure that's mostly corridors and a few small rooms.
The base architecture and sprite platforms are well constructed, but the shading is done rather poorly. Some floor sprites are dark, while those right next to them are full-bright.
Item and enemy placement on these platforms are also not done so well, as quite a few of them fall through the floor as soon as the player sees them.
Game play is pretty much just shooting. Shoot enemies. Shoot buttons. There are a couple of guns, lots of ammo, and lots of health. Walk the loop that circles back to the start point and find the key.
The map ends as abruptly as this written opinion.
More fun than . 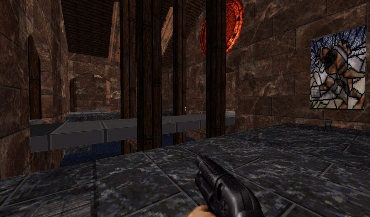 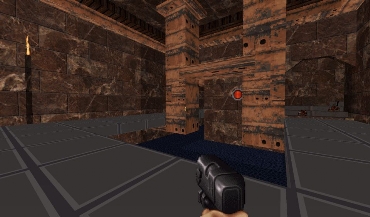 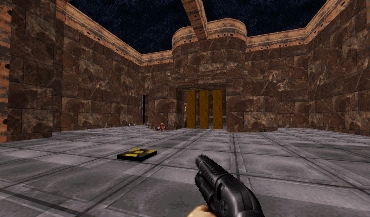 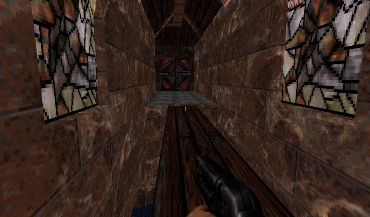 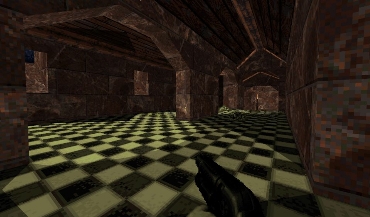 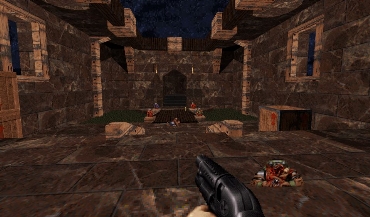