Currently a two level TC, Crackdown features new enemies, weapons, slightly altered tilting physics, and mission oriented game play aspects.
The combination of the new enemies and the ambiance of the levels gave me the impression of a cross between the first Castle Wolfenstein and Blake Stone. Definitely Duke, but with an old school flavor.

The two maps included are well designed with interesting floor plans that branch off in several directions for short distances and require some exploring without causing too much backtracking.
In the first map, the mission is to kill every last enemy and rescue a scientist.
The mission in the second map requires you to find a set of secret documents then make good your escape.

Game play can be a little difficult; most of the weapons you carry don't point at the center of the screen, and this in combination with the tilting physics, can throw off your ability to accurately shoot the bad guys. The enemies hit hard and almost never miss, so there's no way to avoid being chipped away at over the course of a level. I spent most of the time, especially in the second map, at a health level of one or two good blasts from dying.
You are provided with a variety of weapons and must discover for yourself under trial and error which weapon works best on which enemy. If you figure this out, it'll make life much easier, because you won't last long trying to go toe-to-toe with even the weakest of baddies. Despite the balance being tipped towards your opponents, gameplay is very challenging without being impossibly frustrating. 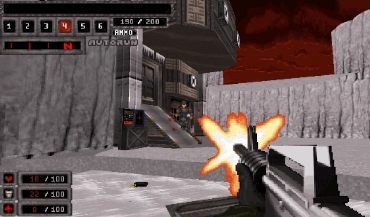 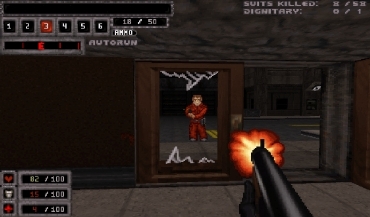 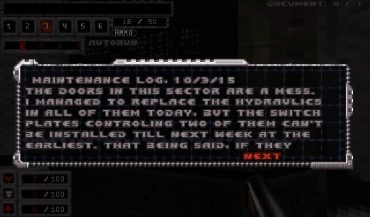 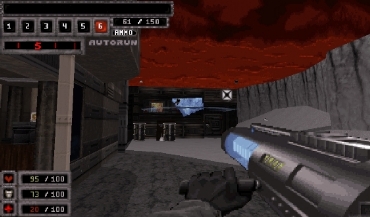 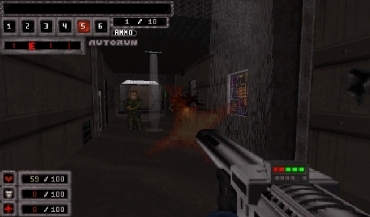 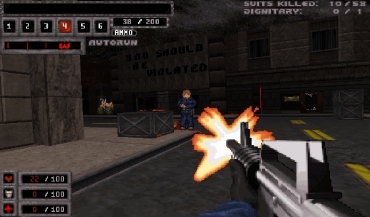