The author:
This level is basically a radio station, a warehouse and a small part of an alien spaceship. You start out on the roof of the warehouse, and eventually find that a saucer has crash landed into the 2nd floor of the warehouse. Another rescue ship is hovering in the street, where it has sent numerous aliens all over the area. Try this level for single player; it doesn't suck.

He's right; it doesn't suck. Matter of fact, it' is his best map in my opinion. He had two years to improve from his previous "Alien Revenge" and he did spend the time good.
The authors words should sum up the story quite well.
Design is pretty good and texturing and trimming is well done.
The shading lighting is also taken good care of for it's time.
There is more than enough weapons, ammo and health kits spread out to get you through. Too bad he didn't put in any bosses though.
Second time through I spent 8 minutes and a few seconds. 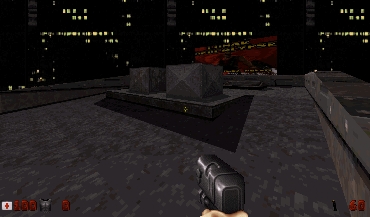 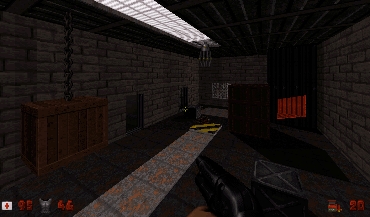 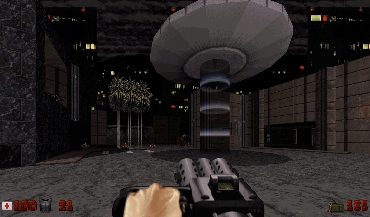 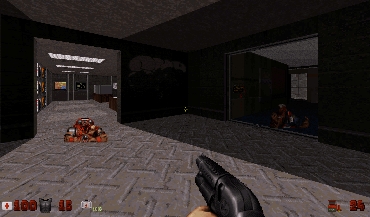 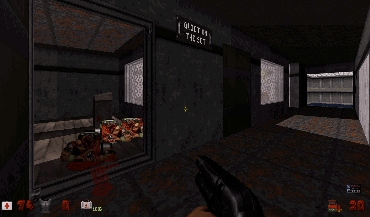 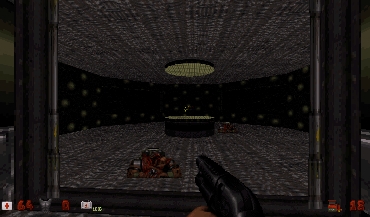