A city styled map.
It's quite a large level so sacrifices had to be made in the architecture which is pretty simplistic both indoors and out, and there are pretty much no cast shadows anywhere. These lackings are made up with alot of sprite work, palletes, ambient sounds, and logical construction.
The layout is wide open with streets, building interiors, and rooftop terraces allowing the player free range to pretty much go anywhere they want with the exception of the few locked structures.

Game play consists of exploring the city to find open buildings and locating keys and buttons that allow access to the few locked areas.
These things aren't hidden per say, but it takes extensive amounts of systematic hunting to find these items in such a large environment. Finding the secret room with the jetpack helps as this item allows easier access to some roofs and buildings through windows and thus bypassing of a few keys and buttons. The major location the map centers on is the subway station; the player will find keys and switches that open up something in this facility and have to return there often, then go off exploring again to find that next piece of the puzzle.
The level is loaded with aliens and supplies so the player either has the option to run and gun or just walk about methodically killing everything that moves. A few respawns can put Duke in some danger, but most of the time the player will be loaded down with max health and artillery. 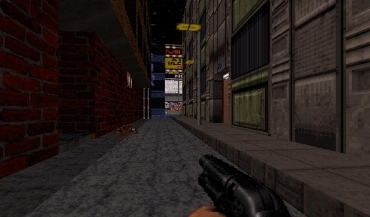 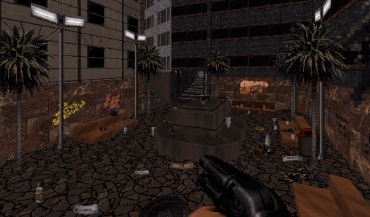 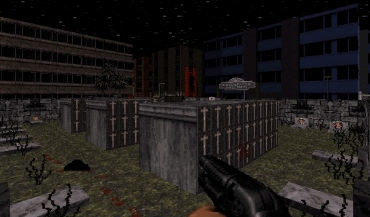 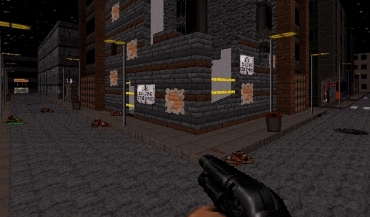 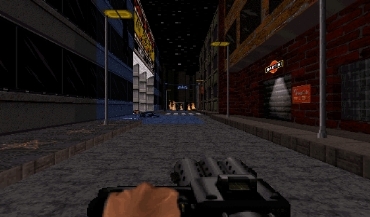 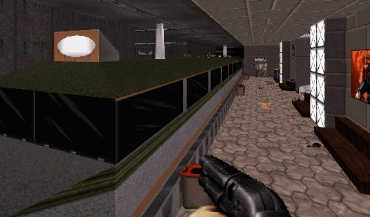