Crossroads is the author's first map, and it shows. A few simple mistakes here and there, but nothing that breaks the game.
It's actually quite a fun ride, which is suitable for 3-5 players.
The map is set in a typical city area with a hotel area and a porn shop. The weapon, inventory, and health placements are all decent, and keep the action fluid. There are lots of entrances and exits for you to use.
The map suffers, visually, from oversizing. Oddly, as a DM map, this actually helps the gameplay, giving you good areas to hide in the tense firefights. I think the map could have benefited from some ambient sounds. With a little more work, it could have been a great DM map.

Overall, it's a good romp for about 10 to 15 minutes. It's a worthy addition to your deathmatch collection.
Score: 83 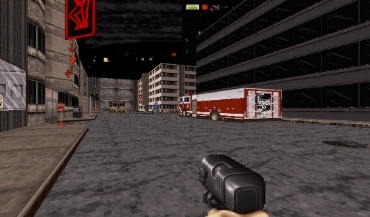 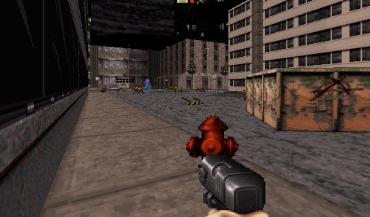 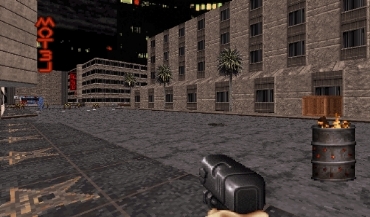 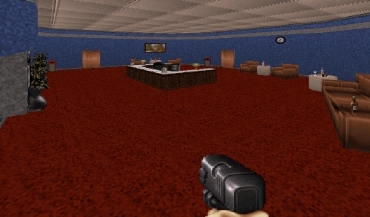