A medium-large map centered on a coastal port with indoor and outdoor locations featuring a conex storage yard and the interior of a ship.
Duke has crash-landed into a warehouse (bad day to be the janitor at that facility) which just so happens to be overrun by aliens (an amazing coincidence? I think not! The bastards will get into your hall closet and steal your shoes if you don't keep your doors locked at night).
Duke must fight his way through the shipyard with limited supplies and make good his escape.

Moving through the map is a very linear excursion, but the theme is lightly story based to keep the environment interactive and the layout loops back on itself in several places very creatively.
While not an architectural phenomenon, the trim work is sound, the lighting & shading are done well, and there's enough detailing to keep the sites from appearing dull.

As mentioned, the resources are pretty stingy. There's just enough ammo to get by and health is very rare.
Careful monitoring is recommended as well as avoiding any unnecessary fire fights.

The map is geared more towards slipping your way through the enemy lines than it is fighting your way to the finish.
If you go in with guns a-blazing, expect a short experience when you find yourself defenseless. 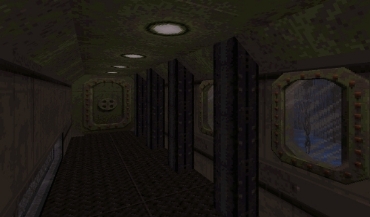 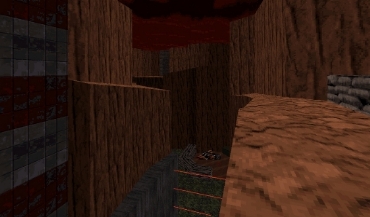