Some kind of industrial styled maze.
There's not much to look at; it's the same room repeated over and over with only minor variations.

Game play is about finding three key cards; a couple are laying in the middle of a floor and one is behind a door. Each room has a different pallet which represents different events if the player steps on the floor. Some spawn huge amounts of enemies, some teleport the player to a different room, some do nothing, but most kill the player using various methods. Either they get squished, blown up, teleported into a wall, trapped and drowned, or a few other methods of insta-kill.
The player pretty much has to resort to jumping from ramp to ramp repeatedly to get around safely.
There are a few aliens sitting in a couple locations, but nothing challenging if the mass-spawns are avoided.
Overall it's rather redundant and tedious. 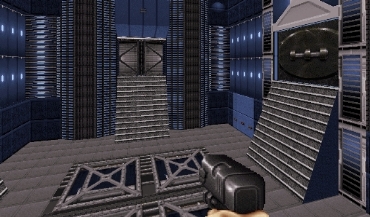 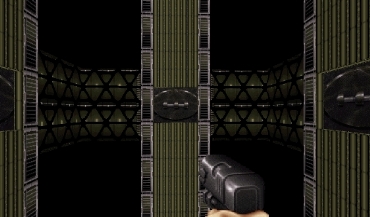 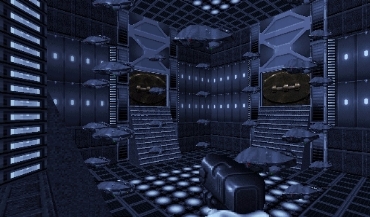 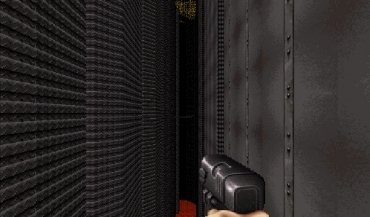 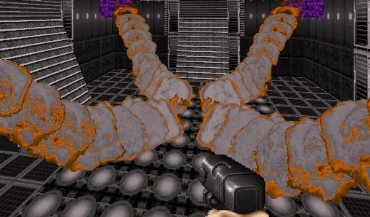