The premiss is that you're trapped inside a Unix operating system that's been infected with a virus.
The virus is, of course, defending itself with aliens and it can be a pretty hectic battle in some spots to get them out.
It's an open map as far as moving from location to location is concerned, and after you enter your password at the su console and collect all the keys, it becomes very non-linear and you can go pretty much where ever you want.

The general feel of the map is supposed to simulate being inside a computer file system, so there's some interesting texture combos and alot of pastels.
The layout is fairly simple and the architecture mostly blocky, but it is still well designed to simulate the environment of which the author intended to accomplish.
Interesting concept well executed, not too hard to navigate, with minimal detailing and trimming breaks the pastels can wear on the eyes, but worth your time for some fun fire fights. 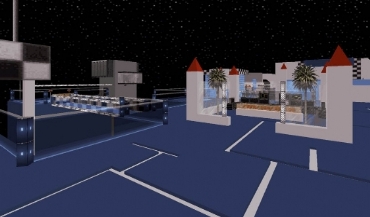 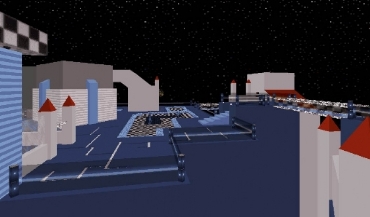 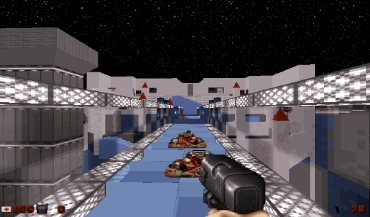 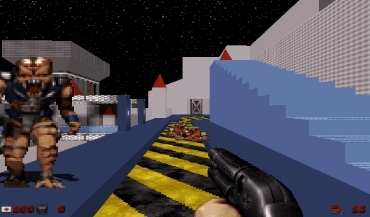 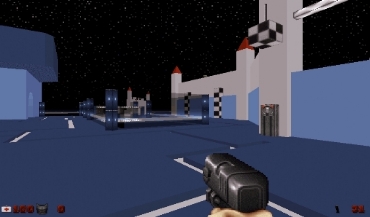