Once again Duke's vacation is screwed up!
He and his girlfriend is having a car accident. He drops down in a rocky area where he discover a cave used by pirates. He has to investigate what's going on around that cave. He finds lots of tunnels and caves leading deeper and deeper into the ground....
Design is very good even though a cave map is sort of limited. There is plenty of effects and lighting is giving depths to the adventure.
Find a couple of keycards. Throw a few switches. Enter the abyss....
The weapons / ammo / health ratio is very well balanced throughout. Take a gander! 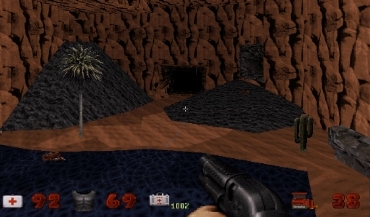 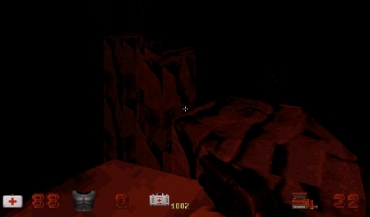 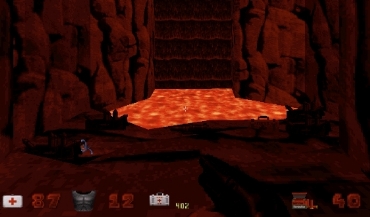 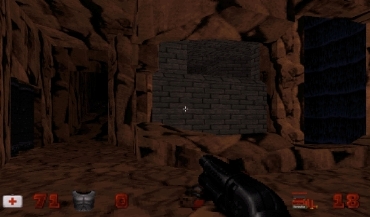 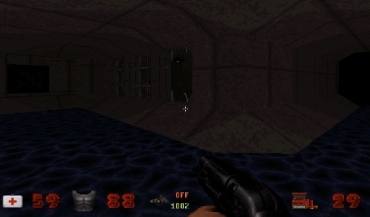 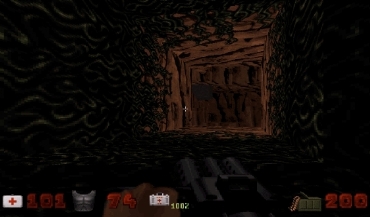