A temple like structure.
There are several environments as the player warps from place to place; the main hub resembling a doom like shrine with outlying areas ranging from an alien hive, hell like canyon, and lunar surface.
Construction is pretty basic; most of it is blocky and squared off with minimal architecture or detailing.
At the end of the day the map was made for fighting, not looking at.

Game play is almost completely combat oriented.
There are a few switches and locks used to get from one section to the next, but the activators are just an excuse to spawn another drove of enemies to shoot up.
The premise is to enter an area, kill off the stack of aliens sitting there waiting for you, kill off the spawn horde that appears when crossing into certain areas or activating something, move on to the next section and do it again. Different locations may require different strategies; in some it's best to keep your feet moving so you don't get your back blasted or chewed on, other instances it's best to stay put and pick off foes from a distance or lure them in a few at a time.
The fire fights can get tedious after a while, since only the three main bullet weapons are provided until the end of the map, it takes time and patience to kill enough of the opposing forces to the point that it's safe to move on or they're all dead.
Ammunition for the shotgun and chaingun are not an issue since there's stacks of the stuff everywhere, so blast away to your hearts content.
The level is intended for co-op, but can be played as a single player map. 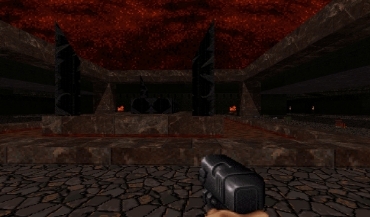 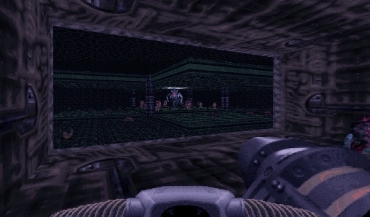 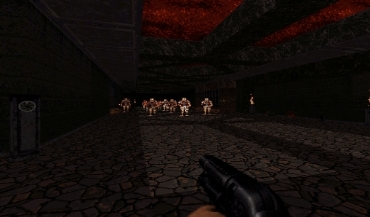 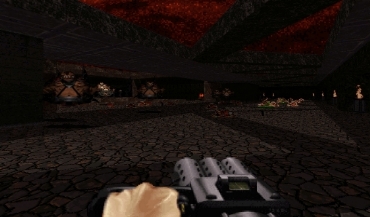 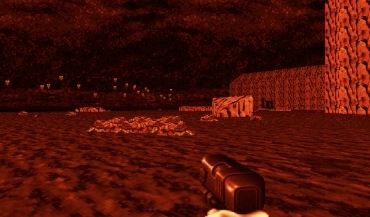 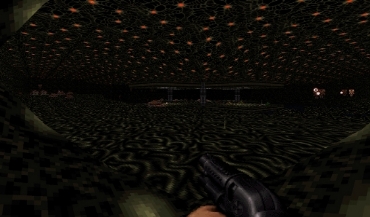