An industrial styled map.
The level is mainly the indoor sections of a dam complex made up of the usual control rooms, security check points, a cafeteria, power generation rooms, and an extensive corridor and ventilation shaft network. There are also a large outdoor area of a river basin at the bottom of a ravine, and a few underwater sections.
The interior layout is a complete maze of interconnecting areas, elevators and lifts, stairwells, shafts, vents, and hallways. It's very easy to get turned around and disoriented about where to go or where you've been. Having some switches open things in other sections of the map doesn't help matters any, and even with view screens it can be a challenge to get back to the other location. If you pick a direction and just go, there's a good chance you'll eventually end up where you want to be anyway.
The view and construction of the outdoor river basin is very nice and open, unfortunately a good portion of the indoor areas are rather bleak, unadorned, and in some cases cramped.
There's a design flaw that allows the player access to later portions of the map which bypasses the need for the blue key, but there's little advantage since the other keys need to be found to gain access to other locations vital to completing the level.
Acquiring the blue key requires performing a series of drawn out actions. Even though one of the steps can be bypassed with some clever acrobatics, it still requires a bit of annoying back tracking.
There's a section of the map that needs to be explored at the back side of the dam to reach a required switch. It's not very clear that this section can be entered since there are several bothersome invisible walls throughout the map and it initially appears that this is one of those places.
The underwater portion of this section has a one-sided blocking wall near the area before going down the tunnel that can trap the player, so caution should be exercised against any extracurricular swimming.

Game play is a combination of switch throwing and key card hunting. The blue key is hidden in plain sight and is just as annoying to find as it is to get. As stated earlier, the blue key lock can be bypassed, but if the player falls to the bottom of the dam, they'll have a long walk around to get back to the section they plunged from. There are view screens in most cases to help along the way, but even with the assistance, finding one's way around this labyrinth can cause an of excess amount of wandering.
It seems just about every location can be reached from three different directions which translates into most areas having three paths to choose from when the player wants to get somewhere.
Most enemies are placed evenly throughout the map with small clusters located at important junctions or rooms.
The supplied arsenal is decent enough to handle every situation but supplies can fluctuate.
Some points have plenty of ammunition, but little in the way of healing packs, while the opposite can be true for other areas.
The end battle could have been set up better and was a bit disappointing that it was so basic after completing such a complex task in getting there. 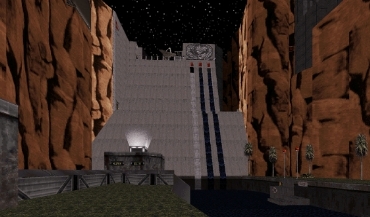 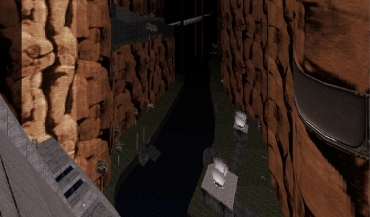 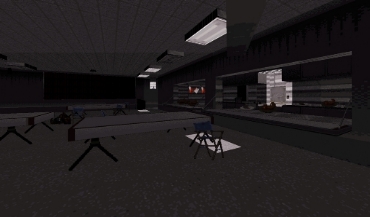 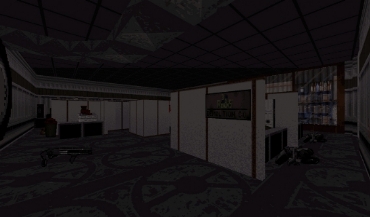 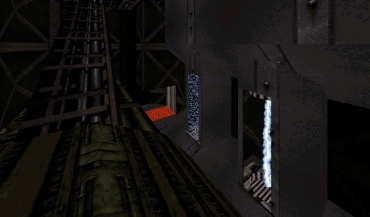 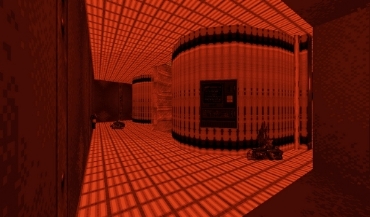