You start off in an abandoned (and presumably haunted)amusement park.
The object is to find a button which opens a door that allows access to a portion of the park in which you must find another button to allow access to another part of the park.
You continue to do this until you reach the end where it climaxes in a fight with a battle lord.

A fairly large map with a simple layout that allows for some non-linear lateral movement.
Of course you can only get so far before you must discover where the button is and which door it opens before you can move on. There's some decent architecture and the detailing and sprite work is pretty good.
The ambiance is supposed to be "scary" and this is accomplished by making the map setting during the evening time so the majority of the map is dim and shaded, the use of "run down" old abandoned textures for the buildings, and also with the use of sound effects in certain areas.
One of the few things that I didn't like were the "invisible" barriers. It bothers me to be walking along and then "smack", I break my nose on the "air". I understand a lot of time was probably spent making this map but at least take a little more to set up a proper visual barrier with a rock wall or trees or something to mark the edge of the game play area.

Game play fluctuates on difficulty throughout the map.
Unless you know where to get the atomic healths you're not going to survive very long.
Ammo also fluctuates, but just about the time you think you're going to run out you'll find a stash.
A good portion of the weapons are available, but again, they're not just given to you, they must be found as you move through the park.
Placement of the enemy is very strategic and be prepared for the spawned aliens after you activate a switch. The enemy range from troopers to pig cops, some enforcers and commanders, a few mini-battle lords, plenty of protector drones, a few others that you may see only once or twice and a new kind of enemy. It seems to be made of a stack of troopers but they're a pain to kill and can put a hurt on you quick if you're not careful.

Another difficulty is the switch door puzzle aspect of the game. Finding the door that gets opened can be frustrating at times due to the amount of doors spread from one end of the map to the other.
Overall only about half of the doors ever get opened. There's really no way for you to know exactly which door gets opened due to the lack of view screens and cameras, so it comes down to having to search the whole map until you finally find the unlocked portal. Sometimes you're lucky and find it right away, sometimes not so much.

I did encounter a bug that really annoyed me. At the end during the fight with the main battle lord, for no reason at all I repeatedly died. Wasn't being shot, wasn't standing in ooze. Just 100 hp to 0 instantaneously. Had to DNKROZ to finish.

If you enjoy door switch puzzles then I recommend this. Even if you don't it's worth a look just for the atmosphere 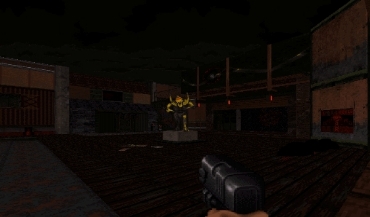 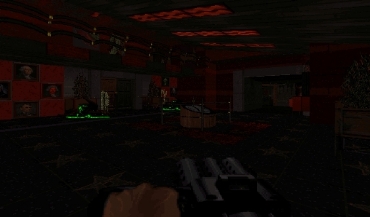 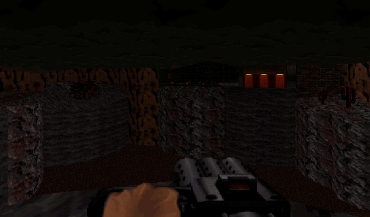 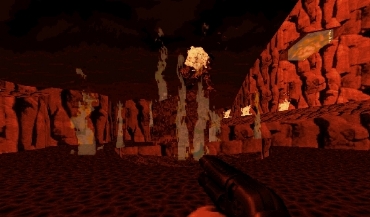 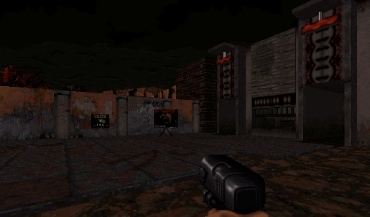 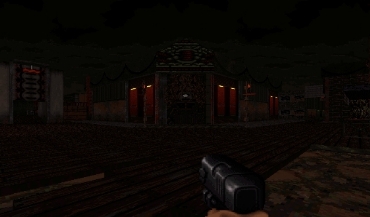