A key card hunt taking place in a series of frozen canyons.
Locations range from an art gallery, an Olympic styled ski jump arena, and ski lodges. The map has a decent design and layout.
Construction consists of some good architecture and sprite work with adequate trimwork and detailing. Texturing and strong shading create the dark, frozen atmosphere, but ambient sounds were used sparingly and more would have enhanced the foreboding feeling of something lurking around the next corner.
For some reason there are a bunch of red sharks swimming around in the sky that really don't do anything but follow you around.

The floor plan is designed in such a way so that it's easy to know what to do and where to go.
Combat fluctuates from action to nothing then back to action. This can give a false sense of having way too much fire power until several fire fight sequences are performed and no more supplies are provided. By the end the ammunition level for most weapons is around zero unless the enemies drop some.
Health is not a big issue, there's way too much and the player should never be in danger of dying.
There are a couple of interesting jump puzzles, but mostly this is a move from point A to point B linear walk-about. 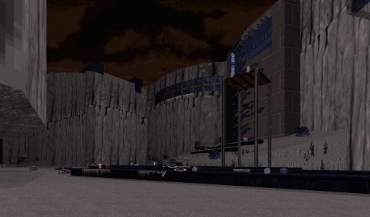 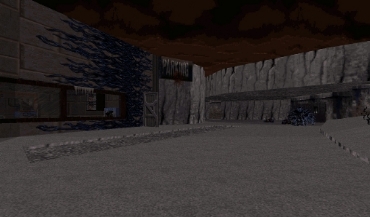 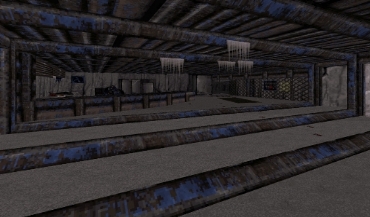 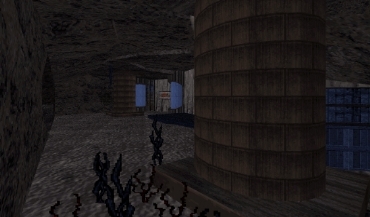 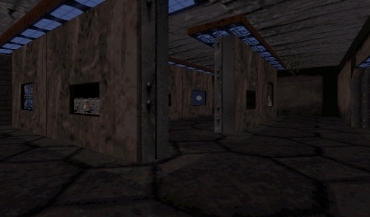