Duke finds himself on a distant frozen planet that's absolutely swarming with aliens. He needs to take out their reactor core and make his escape, and of course killing the bastards by the droves while he does it is just one of the perks of the job.
The map is large, but the actual area where all the action takes place is relatively medium in size. There's quite a bit of open, empty area both above and below the ice flows. All this open area is rather dull to look at, just some ice walls and floor with little shading or detailing.
Duke starts out inside a medium sized hut crammed with equipment and the slaughter begins immediately. Grabbing a few weapons and some ammunition he heads outside into a full onslaught of a mixed bag of enemies. Initially it's wise for Duke to avoid the aliens while he can as he makes his way across the ice flow to underground control room.
Duke's arsenal and ammunition load isn't quite up to the task yet, but it might be wise to take out the octabrain generator as soon as possible to keep those critter's numbers down to a minimum.
At the underground control room Duke activates the elevator to the lighthouse. Now he can either run around on the ice sheet and collect some more weapons and ammunition to take out the enemies guarding the docked ship where the blue key card is, or he can go to the top of the lighthouse and grab the yellow key. Either way both keys are needed to get into the base and get through a door inside.
I'm not sure if turning on the lighthouse or setting off the ship's cannon serves any real purpose, but I did them both anyway.
When Duke's arsenal is up to par it pays off to take out as many aliens outside as possible so you don't have to fight through a raging horde stacked up in front of the elevator door later. Opening the gate and fending off a few more baddies, Duke now takes an elevator down into the lower portions of the base which happen to be under water. Don't forget to grab your scuba gear first. Inside the base is where all the detailing, texturing and shading is concentrated.

The layout is fairly simple, but the sprite work, lighting, and architecture help with the overall ambiance. As Duke makes his way through the underwater passages, the corridor behind him collapses, trapping him with no apparent way to escape. Kicking open a door and killing a few more baddies, Duke finds a red key which allows access to the master control room.
Figuring out the multitude of switches gets Duke access to another room and to another portion of the base where the blue key card is needed.
Crossing the underwater passage, Duke takes out another stack of aliens and this somehow blows a hole in the collapsed portion of the corridor letting him escape.
Crossing through the antechamber and dropping down further into the base, Duke come to the reactor room which of course is holding a welcoming committee.
Shutting down this reactor allows access to the secondary reactor back on the other side of the master control room. Once Duke takes this out he collects another key which allows him to make his escape back in the first control room located outside.

The map fluctuates dramatically from emptiness to detailed architecture and is loaded from top to bottom with a wide variety of aliens.
The puzzles aren't difficult, but even with the loads of health everywhere, surviving is not a simple task. 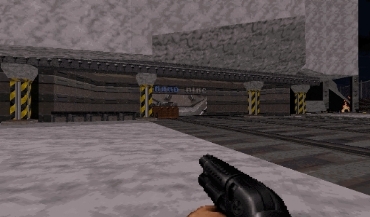 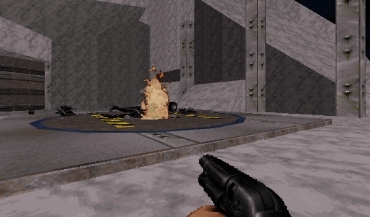 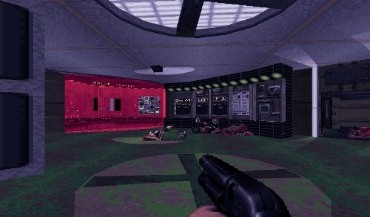 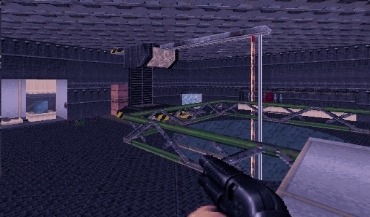 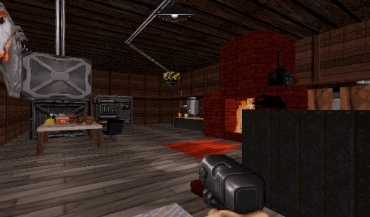 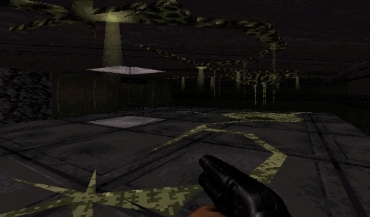