The level is designed to be played in different modes, so some areas are more favorably designed to be dukematch areas, some are best for single player, some combat scenarios are best suited to co-op.

The initial location is a city block around a central park.
There are a couple buildings with stacks of weapons and ammunition and most of the surrounding buildings with interiors are just there for exploring, or usage for Dukematch.
Triggering the alien invasion respawn in the park is definitely geared towards co-op, as setting it off in single player is pretty much suicidal.
Visually, some of the sprite-work has clipping and disappearing issues, but otherwise the entire city section is decently constructed and detailed.
The actual single-player mission involves using teleportation chambers to visit multiple locations with various themes that range from Doom, to original Duke3D, to previous maps made by the author. Just be sure to load up on weapons and ammunition. A couple sites are mostly harmless, while others are packed with aliens.
Once in these locations a button must be found. Most are out in the open, or involve some minor puzzle, like keys, or raising platforms. In one, the player is expected to have certain video game and cartoon trivia knowledge in order to solve a multi-button puzzle.
Not everything is universally known, so *spoiler*: if you don't know stuff about pokemon, minecraft, or other various subjects, the answers are Link, 2011, Pauline, Rush, Tails, Arceus.
Once all the buttons are activated another teleport pad becomes available between the movie theater and the teleportation station. This takes the player to a large open sporting area courtyard with an alien dropship; thus a huge battle ensues. Definitely a co-op battle of ridiculous proportions due to lack of healing items, but it can be done solo using a couple different strategies.
More fun than touching a stove burner to see if it's hot. 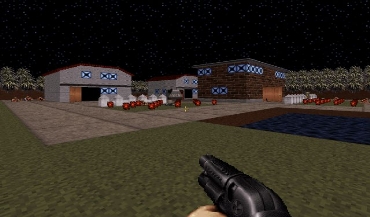 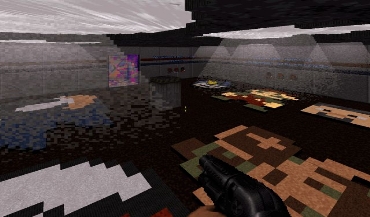 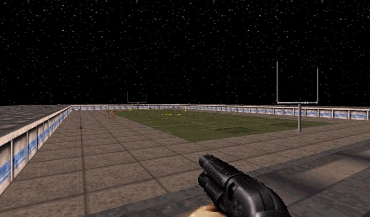 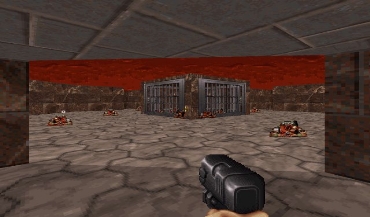 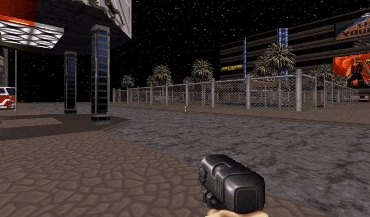