An EDF space station styled map.
A very nice looking map and well-constructed. Good lines and trimwork, excellent texture combinations, and very well detailed. The shading could have been a bit stronger in places, but in comparison to the nice visual atmosphere pulled off that's just nitpicking, the only thing that could have been better is more sounds for the ambiance.

Game play is a key and switch puzzle expedition.
I do mean expedition. As good looking and small as the level is, it is quite confusing and there's alot of running back and forth between areas. The lack of clues and the weird button puzzles just mess up the flow of this map.
There's a certain door that needs to be blown up with no visible clues that it has to be done or if it's even possible.
There's a button in the ventilation shaft system that drops a small forcefield right next to it.
The forcefield is blocking a blocking wall that overlooks space. This is all the switch does and serves absolutely no other purpose.
There's a six valve puzzle. The player can throw the valves in any order they want and make any possible combination. There is no indication that this puzzle has been successfully solved and no clue what it opens, except that by the time the player gets here there's only one or two locked doors left. Hint: throw any odd number; one, three, five, doesn't matter. Also doesn't matter which valves are activated.
The design for some reason follows the premise of throwing one valve, the door opens, throw another and it closes. Just don't waste time listening for the satisfying beep that something just happened.
There are a few other buttons scattered about the station that open stuff way on the other side of the map and it's on the player to figure out what it was.
At least the combat is well thought out and balanced; at least until the end when Duke has an unfair advantage. 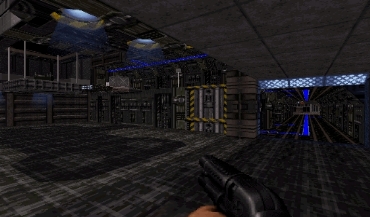 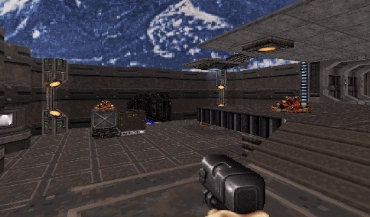 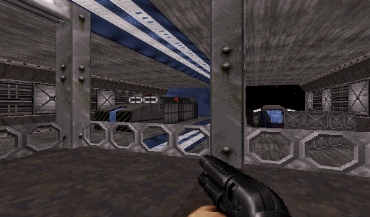 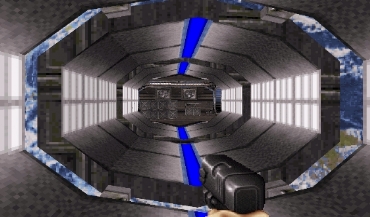 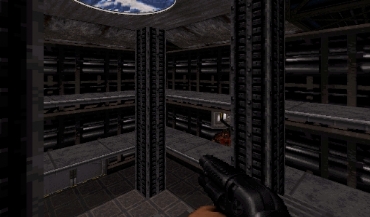 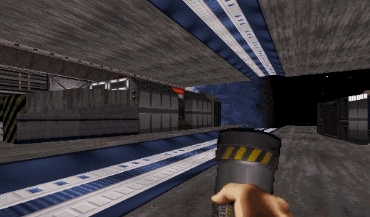