"Looks like clean up on aisle four!"...A Shop-N-Bag styled level it is.
The authors words:
"A badass level of the kroger(grocery)store I work at. The most fun that you get out of this map Is deathmatching. I also made it for single player action."
Well, this level is quite fun in single player as well. Dunno about the fun factor in Dukematch since the level is quite big though...
Anyway, this map is very well designed for a map from 1997! Texturing, shading, lighting, ambiance and gameplay is better than 90% of the maps from that year.
It's kinda fun to raid a supermarket after closing hours especially when you get to kick some alien asses along the way....
Only drawback would be that you're armed to your teeth and there is enough health kits to get a blind man through the level.
A 15 minutes at the supermarket. 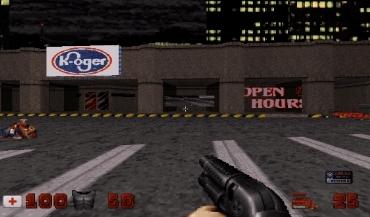 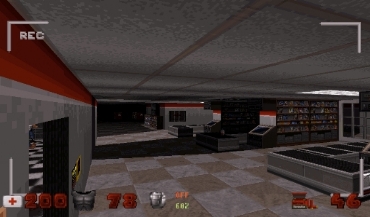 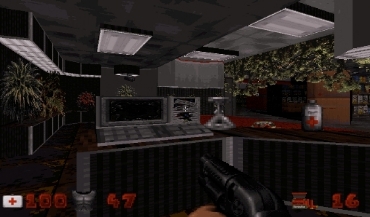 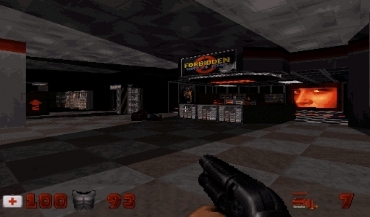 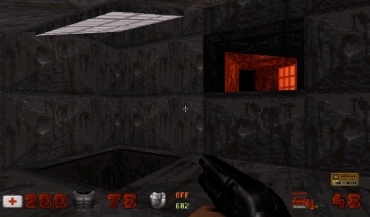