This is a quite big map set on a space station overrun by those alien maggots.
Duke is sent to rescue the base at all costs. Mission is more or less to roam all decks for alien presence. There is also instances where he is beamed down to an alien planet, complete with a cityblock and a coastal area with a pirate ship (!).
Design is on the average for it's time with a few nice constructed areas in between. Texturing are bad though.
A downside is that Duke must hit certain spots on the ground in order to open up doors or portals on the other side of the map...Be sure to explore all hooks and crannies and look for messages on the screen that says "Unlocked". This goes especially for a teleporter room where the pads on the floor are activated by the mensioned spots. Time to roam the cliffs next to the pirate ship, maybe ?
Didn't find the RPG but found ammo....doesn't really matter since the tougher enemies are quite few.
Took me some 35 minutes to pass. 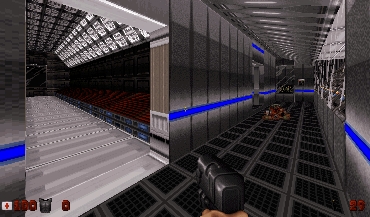 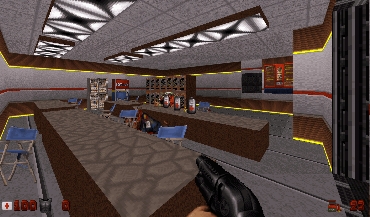 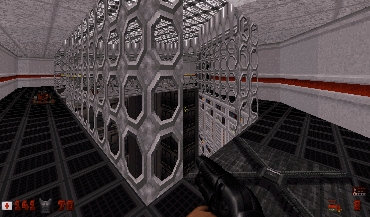 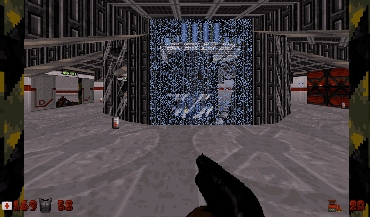 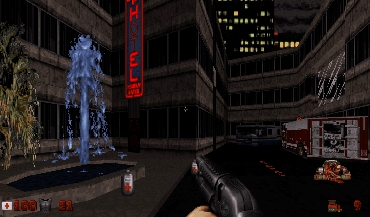 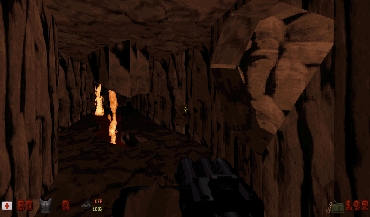