An underwater EDF base.

It's large facility with crews quarters, storage rooms, laboratories, min-sub and diving platforms, reactor rooms, control rooms, and a lot of corridors.
It's all dark and gloomy, strongly shaded, well detailed, full of ambient sounds, and full of aliens. It's put together pretty solid, with only a few cramped corridors, doorways, and lifts that impede the player's movement.
The objective is to get from one part of the station, through an underwater section, to a more run down and abandoned part of the station. Apparently that's where the aliens are sneaking into the facility from.
The goal is to collect three key cards which will open the submerged blast door and allow access to the other end of the station.
The layout is several interconnected series of corridors, rooms, and ventilation shafts that reconnect back into the main passage several times over. Rooms and areas are pretty distinct, so it's not a matter of getting lost, it's a matter of making sure all the sections are explored thoroughly in order to find the keys. It's pretty easy to miss a few rooms and emerge into an earlier portion of the level empty-handed.
More fun than card tricks. 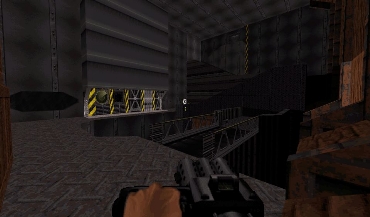 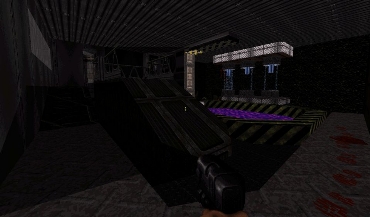 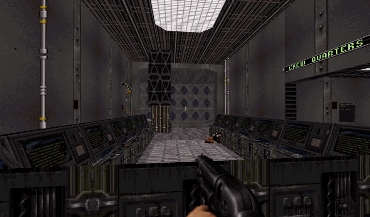 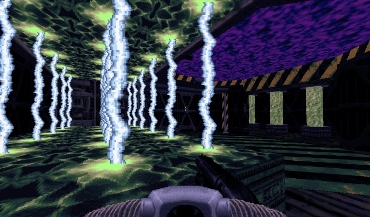 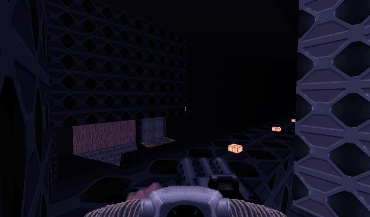 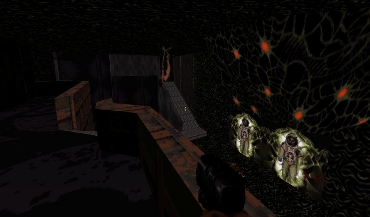