A menagerie of rooms that are mirrored, upside down, sideways, over-sized, and under-sized. Most of it is apartment building styled, but it has a forest and a lunar landscape as well.
Construction-wise it's pretty basic and most of it suffers from minimal to no shading contrasts and lacks detailing, but the scenery changes up enough to help alleviate it from looking too dull.

The game is primarily a key and lock hunt. The floor plan is a maze of rooms and passages, and it can take just as long to find the first card as it does to find its corresponding lock. After that first set is located it becomes rather a letdown that the next set is just a simple one-room grab and walk to the next room affair.
The real challenge comes from surviving the start of the map and finding supplies. The player is under fire right away with almost no bullets or healing items in sight, and given the open layout, it's quite easy to walk nearly unarmed right into a small horde of enemies.
There is a good amount of equipment and weaponry scattered throughout the level, it's just a matter of living long enough to find the stuff. 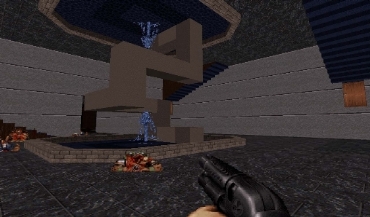 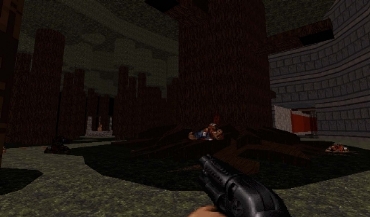 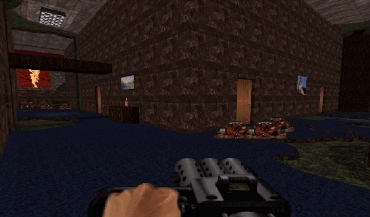 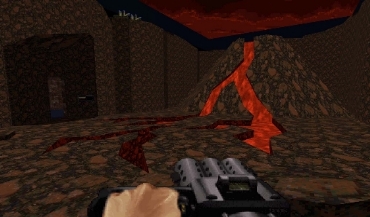 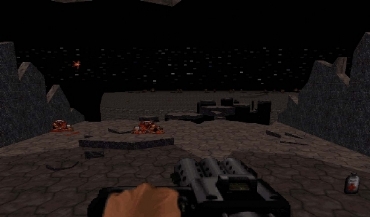