An EDF base themed map.

The level starts out in a desert canyon alcove with what appears to be the entrance to an abandoned mine. Blasting away some rock, Duke enters an extensive underground cavern system with a toxic river running through it.
The player spelunks their way to the far end of the cave system and retrieves a pipebomb which is needed to blast through more rock wall. Duke drops even deeper underground away from air and davit shafts, so there is no longer a light source. Using NVGs the player must now traverse around a bottomless chasm by jumping along rock outcrops and narrow ledges.
From there Duke follows a claustrophobic stone shaft until he drops into a section of EDF base from which he is able to exit back onto the surface in the middle of a toxic swamp. Wade through ooze to collect a jetpak, another pipebomb, and seek out three switches that will open a second portion of the base.
For the most part, combat is pretty constant and in the players face the entire time, even during the back tracking sequence. There are a few areas of respite, just don't take them for granted.
Right away Duke is given the pistol, a large supply of ammo, and max health, for which he is expected to survive off of it until the player reaches the above-ground swamp.
There are some hidden stashes with additional weapons and ammo that make it quite a bit easier, but it's do-able without finding much more than the pistol ammo collection points.
The only hiccups in the flow of the level are noticing that there are seenines behind small holes in walls that need to be shot, and noticing a window above eye level that needs to be jetpacked to. Otherwise it's a pretty straight forward path from start to finish.
More fun than a chemical burn. 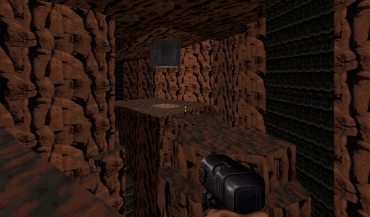 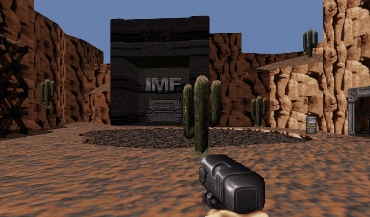 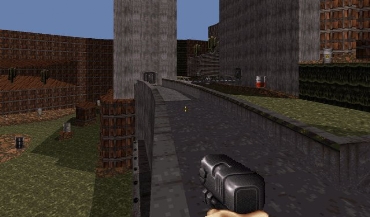 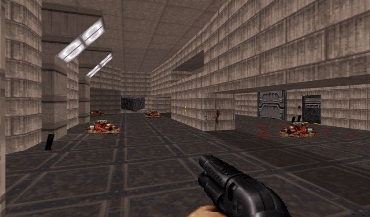 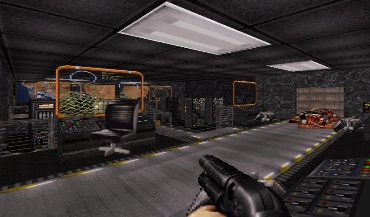