In this level you have to get out of the base and find a way through the desert to the beach. But be warned! The base is high secured and there are evil creatures armed with rockets hidden in caves. In front of the base there is a heavy turret that could be useful.

A well designed large map with a very nice layout. Although some of the choices for textures seem out of place, the shading, detailing, and sprite work are very well done and set a perfect ambiance of being in an abandoned and isolated base.
There are several examples of some nice architectural works; especially in the outdoor areas. The atmosphere is further enhanced with the use of fade outs when major portions of the map are completed; almost like small episodes within the game itself.

Game play is fairly even from start to finish.
The theme centers mainly on finding key cards, killing the mini-boss that controls that portion of the base, and moving on to the next confrontation.
As the numbers and types of enemies increase and become stronger; the weapons that become available also increase in strength, and there's more than enough ammunition and health evenly distributed throughout the map to stay in the fight.
The map takes advantage of many of the Dukeplus features such as; akimbo pistols, the double barreled shotgun, stored health, mantling, duke bots, modified and stronger enemies, and much more.
Don't expect a Sunday stroll in the park, there are a few challenging fire fights and some unpleasant surprises in store for Duke. 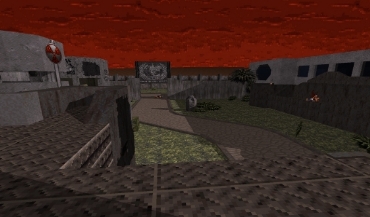 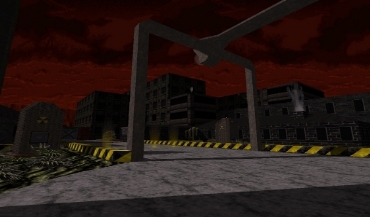 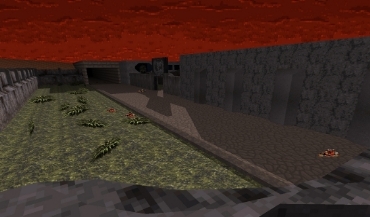 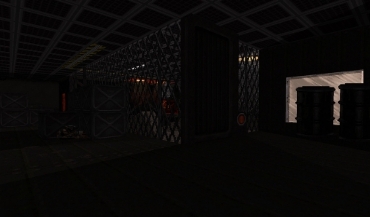 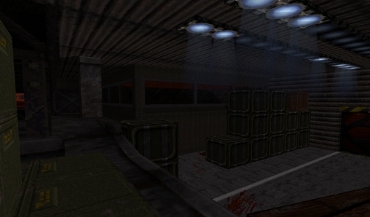 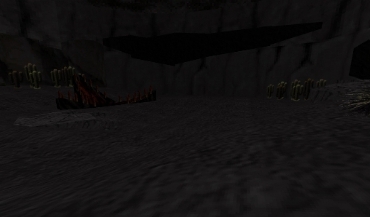