An office building and high tech base type of map.
Visually the map is not very impressive; things are blocky with sizing issues, the detailing is simplistic and some of the spritework seems rather random, lighting and shading are hit and miss, and there seems to be little to no continuity between sections.
The layout seems to be well thought out, but there can be quite a bit of confusion as to where to go due to lack of clues. With the circular and interconnecting floorplan it's easy to bypass passages in the vent system and the red key spawns a bit off the beaten path.

Game play is a key card hunt but there are some nasty issues aside from the semi-confusing progression. A few unfair booby traps and overwhelming spawns early in the map, when ammo and health are lacking, make getting started fairly hard.
A few design issues also ruin the overall quality; there are instances of seamless teleportation to move the player from one section of the map to the next. In one of these instances, in the vent leading out of the bathroom, the player shrinks himself to get into a small portal in the wall which teleports them to another vent. The problem is the player can backtrack a bit after the one way teleportation and get stuck in a small shaft section with no way out.
Another issue is a drop ceiling in the ventilation shaft outside the room with the yellow key card; it's intent is to force the player into the room full of enemies and explosions, but if the player backs out too far to avoid being damaged by the explosions they can effectively find themselves barred from entering the room altogether with no way to retrieve the key.
The major issue that ruins the flow of the map is that as soon as the player acquires explosives they can blow open the door leading to the level's final section thus bypassing the need for acquiring key cards and skipping over two thirds of the game.
If you can survive the initial alien onslaught, explosions, and progress through the map as it was intended then the gameplay is decently enjoyable, though the map itself isn't much to look at. 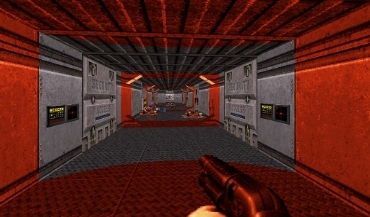 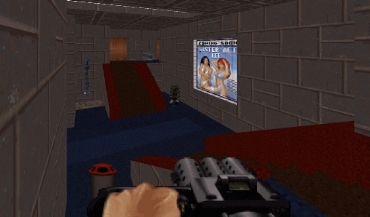 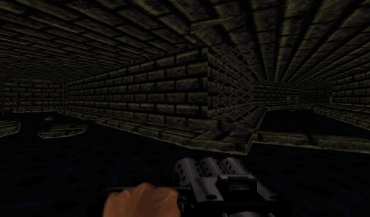 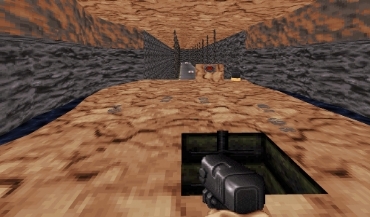 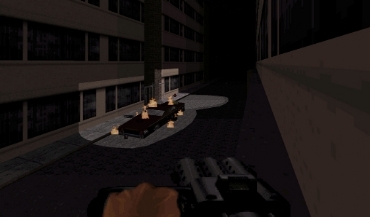