A temple like map located on the edge of a lava filled chasm.
The map is filled with tunnels and caverns, rock outcroppings, and lava lakes. There are a few separate buildings that have high tech type designs; one consists of an office and control room combo, and the other has a revolving reactor styled structure.
Other areas include a subway system and a couple underwater sections.
The map is a bit difficult to put an exact description to, as there is a wide variety of textures; some are good and appropriate, some are just down right awful combinations. There's also a heavy dosage of lighting effects, but the shading, particularly in the outdoor section, is very weak to nonexistent.
The architecture is hit and miss as well; some areas are squared off and blocky, while other are given more attention to detail and a variety to the design.
The layout consists of a fairly large and open outdoor area dotted with buildings, structures, and caves leading off into the sides of cliff faces.
Due to construction techniques, it's fairly easy to get stuck and have no option but to restart or clip-cheat. It's also quiet easy to use some creative acrobatics or some fancy maneuvering to reach things that are supposed to be acquired via a different method or route, or to get to places earlier than intended which basically makes both the red and blue keys unnecessary to complete the level.

The game play consists of mainly finding buttons and switches. It's a pretty large map and the buttons are spread out from one end to the other. Some are quiet obviously placed out in the open, some are incredibly difficult to locate. A few of these buttons can only be found by clicking on random walls or stepping on obscure touchplates. The blue lock is also invisible and can be discovered either by coincidence or pure luck.
Fire fights and combat are evenly balanced for the most part; the supplies are plentiful, but a few spawns can catch the player off guard and get them cornered if not quick to react.
Definitely a map for those who enjoy extensive exploring and have a lot of patience. 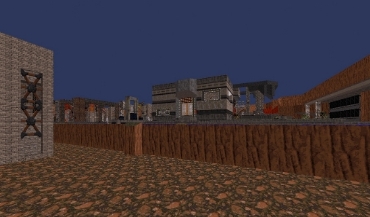 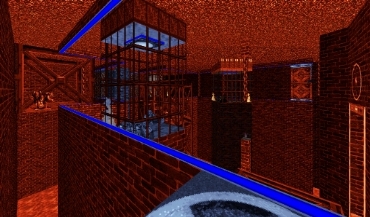 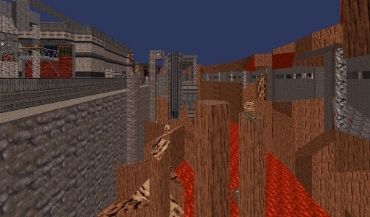 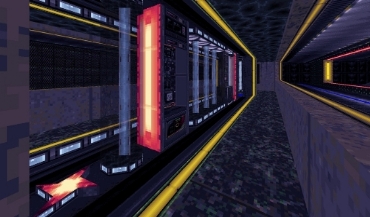 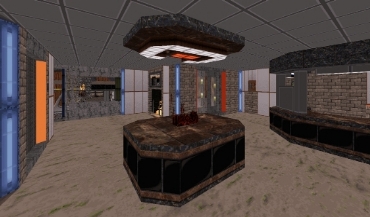 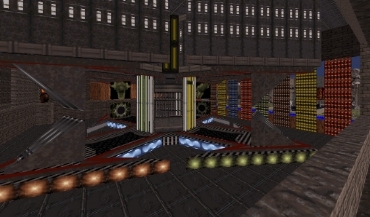