An underground cavern and high-tech base system.
The level's environment fluctuates between rocky caves, tunnels, and deep chasms to interspersed sections of EDF base and spaceship interior.
The detailing and lighting-shading contrasts make for a nice stimulating atmosphere. There are also places where the aliens have partially destroyed equipment and tunnels in their effort to take over the facility. Add in quakes while traversing narrow passages and a ride down a lift into a deep dark crevice and it's a very immersive ambiance.
The layout is fairly open with several corridors, chutes, and shafts interlinked to give the player a few options on how to get to most of the major caverns.

Game play is primarily a key hunt.
The player has to unlock the landing craft, get aboard, open the launch bay blast doors, get off the ship to open said doors and drop the force shields inside the ship, then get back aboard the ship. It's not too complex and the only thing that doesn't really make sense is why the player has to leave the ship in order to unlock something inside the ship. It's not obvious that's what needs to be done, but it isn't too difficult to figure out either. Combat is fairly constant and usually involves either fighting small hordes in the larger caverns or taking on a couple aliens guarding small rooms and corridors.
It's pretty much face-to-face engagements and there are a decent scattering weapons, ammunition, and health to keep things varied and well balanced. 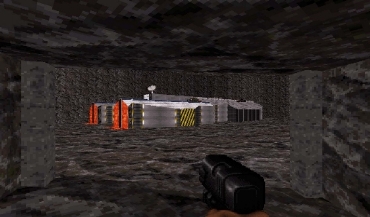 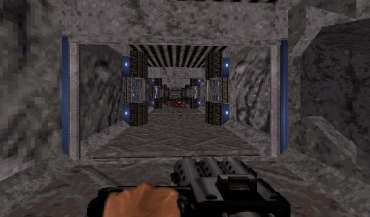 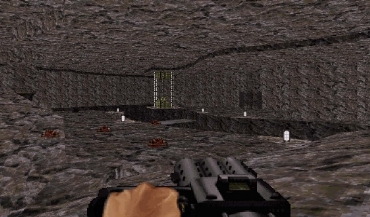 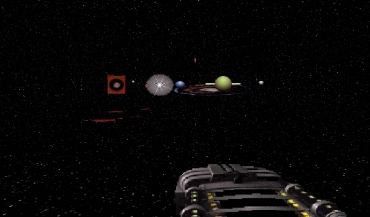 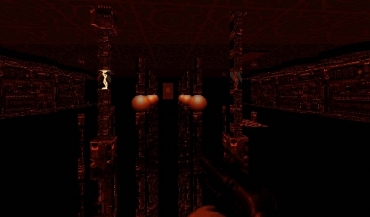 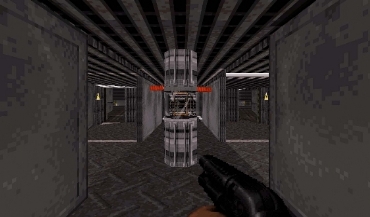