Duke is in his apartment having a few brews when those damned aliens interrupt his relaxation time by stealing all his beer. Duke isn't putting up with that crap; it's time to kick ass.
Another quality release with a solid design by the author; the map has incredible detailing, great shading and texturing, and well worked architecture and sprite work, all to create a wonderful city block with a nice dark, abandoned atmosphere.
There's plenty to look at and great care was taken to make sure the map maintained a high standard from start to finish.
The map is also loaded with easter eggs and inside jokes to keep the casual player entertained while exploring around and blasting alien scum.

Duke must make his way around the city block to find the buttons that allow him to reach the bottom of the invasion.
He starts out lightly armed, and as the map progresses and the aliens become more numerous and tougher, the available weapons increase in power to keep the combat evenly matched.
Tactics is a must as ammunition and health are strictly limited and if you think you're going to rush through with guns a-blazing, you're in for a short experience.
The aliens are strategically placed to lay down sniper fire and ambushes while other aliens are coming at you in a frontal assault.

Intense and methodical exploration is a must as the buttons and switches needed for progression are cleverly concealed and there are several areas where additional stores of health and ammunition are "hidden" in plain sight.
The map is nonlinear and you can go in pretty much any direction you want, and all the locks are of the same key card color so there's no specific order in which they must be entered.
If you take your time to look around you should have little difficulty in finding most everything, and you get to enjoy some wonderful scenery while you're at it.
The map has a second secret exit and if you manage to discover the button to open it, then you have incredible attention to detail. 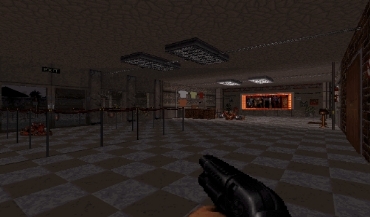 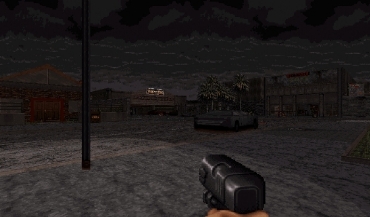 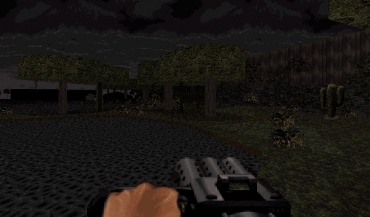 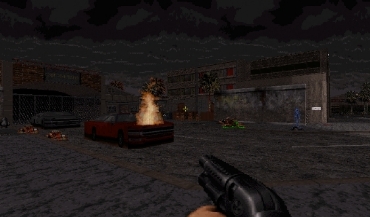 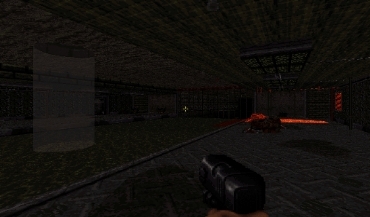 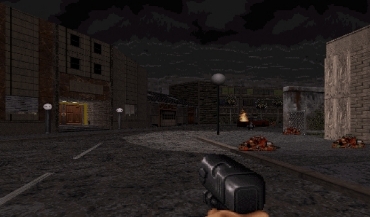