A small theme park styled map based on a Caribbean pirate fortress and resplendent with a gift shop, a food court, and a couple underground dungeons.
The outdoor locations, from the courtyard to the community area in front of the shops, are adorned with fountains, plants, pools, streams, and other typical items you may find in an amusement park. Everything looks worn and well used, and in combination with the early evening shadow scheme, you definitely get the feeling of being all alone in an abandoned park. Just be aware that trying to jump into small fountains will get you squished.
Aside from the specific detailing and sprite work that marks an area as shop, castle, or food court; a good portion of the indoor areas are indistinguishable from one location to the next mostly due to the redundant use of the same texture.
The trimwork is good, but a large portion of it also has the same texture as everything else which causes it all to blend together due to lack of contrast.
The highlights of this map are the nice outdoor architecture, and the sprite work throughout, both of which provide for nice detailing and depth.

The level is mainly a key card hunt.
Since it's short and mostly linear there's little chance of getting lost or turned around. The only difficulty in navigating comes from indoor locations which can be over crowded with objects, and the hallways which are very narrow.
Combat in this map is annoying at best. The majority of alien encounters are the spawn behind the player style which gets old quick. It's almost better to walk backwards though this level or turn around every time a new location is entered. This and a few triggered explosions that can catch the player unaware may prove to be a point of frustration. 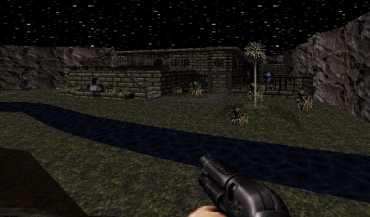 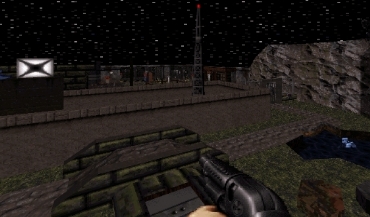 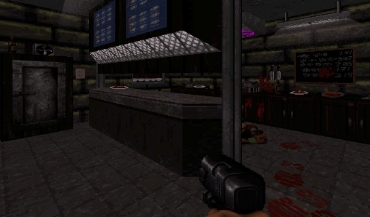 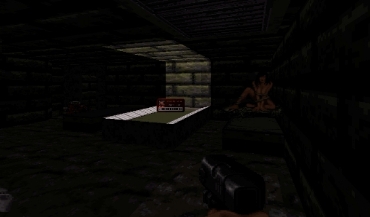 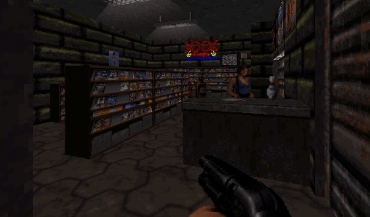 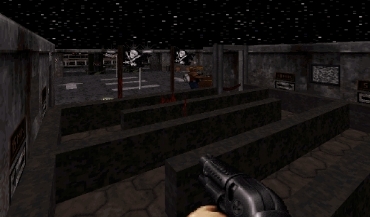