A large urban map with multiple locations.
This is an addition to the original map by the author. The first portions of the map are basically the same as the original with minor touch-ups and adjustments.
The construction is still nice and clean, the texture combinations, trimwork, and detailing are very well done, and there's some nifty sprite structures. Some of the sprite work was broke during the remake and a few textures were left out of alignment, but these things are only minor and are usually caught out of the corner of your eye if you happen to be looking in the right direction at the right location.
What wasn't fixed was the cramped and cluttered indoor areas. Sometimes there's just too much stuff and not enough floor space to move around comfortably. Like the original, the map starts out in a looping city block with a restaurant, offices, apartments, and a pool hall.
The most noticeable change is the facelift the pool hall received; this section barely resembles the original.
The second portion is also pretty much the same as the original; an open street plaza with adjoining supermarket, and a gallery which leads to the back alley and subsequently the sewers. This is where the old ends and the new begins.
The two new major street and plaza hubs practically double the size of the map. There are many new locations added that include more offices, clubs, apartments, a courtroom, bars, a train station, extended sewers, a rather disturbing dog disposal unit, and some industrial areas just to name a few.
The author picked up right where he left off and displayed the same skills that were used when the first version was made. Though the indoor locations still suffer from being slightly cramped, the attention to detail and construction techniques are as strong as ever, the additional dynamic background areas give the level some real depth and make for a map that is very pleasing to the eye.
On a side note, some creative acrobatics can get the player into the background scenery in the first new hub area. While this provides no advantage, it does give the player a good view what went into giving the map some depth.

Game play follows the same formula as the original.
The first street loop consists of visiting one of the multiple locations in no particular order since all the locks are the same color, collecting a key, and pressing a dog-button. The following three street plazas are basically more linear in that the locked areas have to be opened in sequence instead of the player's choice.
Most of the puzzles are simple in design and easy to figure out, but there are a couple instances of hidden or invisible buttons that open doors not in the immediate vicinity. This may cause some delay in the flow of the level, but not an over abundant amount of frustration. It's fairly obvious that something has to be done in the newly unlocked area, and there are only so many doors that could have possibly been opened.
Alien encounters are pretty consistent throughout; fight some weak baddies in the indoor areas, achieve the goal of that location, get into a big street fight with some tougher baddies.
A good variety of weapons are available and there's plenty of ammunition to give the player the resources to lay down some heavy fire. Health is given out in small doses with just enough to keep the player hovering around full for the most part, but come about the train station, healing paks dry up and the challenge to survive all the small hits that start adding up begins until the player is loaded for the final leg to the finish. 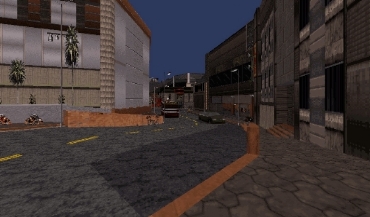 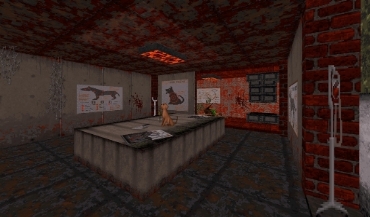 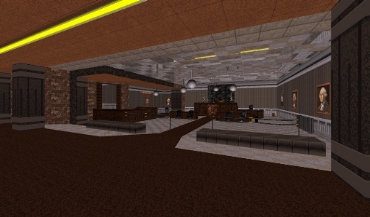 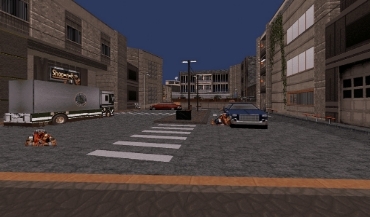 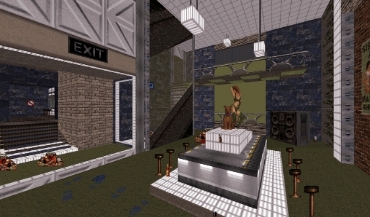 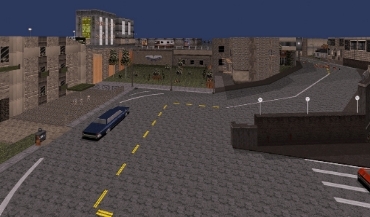