A medium sized map with Hi-tech indoor locations and island styled outdoor areas.
You start off on a dock in front of a base, styled after what an evil scientist would build inside an island volcano, with the objective of making your way through the compound to take out a reactor and lower the alien's defenses; all the while killing everything that gets in your way.
A-typical of most maps, the player starts off with a freezer and collects the basic weapons later on in the map, which is rather interesting since those weapons beyond the RPG usually get ignored.
The premise of the map is mainly a key card hunt and to throw a few switches.

The layout of the base isn't the standard moving from point to point.
There are a few rooms acting as mini-hubs from which corridors spike out that require the player to explore in order to discover how to unlock that area and progress further into the base.
Each region of the map has it's own unique design to keep the scenery fresh and interesting; such as a garage, a science lab, a few control rooms with their own individual characteristics, a neat "splash mountain river ride" down a sewer, just to list a few.
Stout architectural design and trimwork coupled with strong contrasts in the lighting/shading give the indoor areas a dim steel and concrete fortification atmosphere with a few allowed glimpses outside to relieve the claustrophobia.
The outdoor areas are adorned with heavy sprite work and expand on the impression of a complete base with background depth and the sensation of knowing more is just around the corner that can't be reached.

The aliens are disseminated throughout the stronghold and increase in diversity and strength the farther the player advances into the map; keeping the action going at a constant pace.
There's plenty of ammunition to handle the buggers, but keep on eye on your health. There may be points when you're getting low, but it's likely there's going to be some around just when you need it.
It's a fun and great looking map that's worth the 20 minutes to run through. 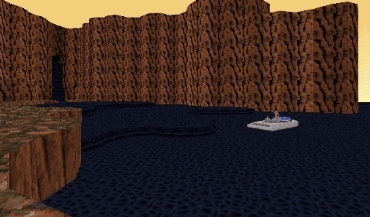 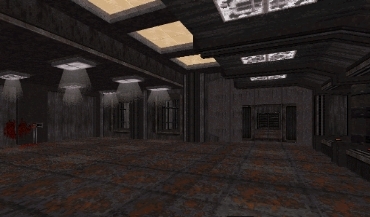 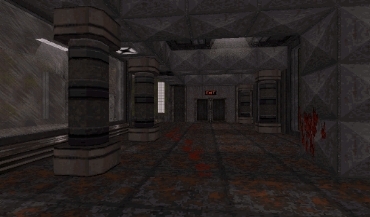 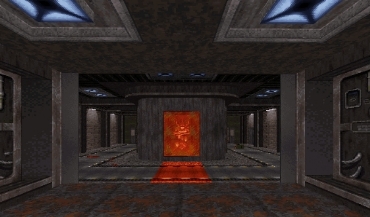 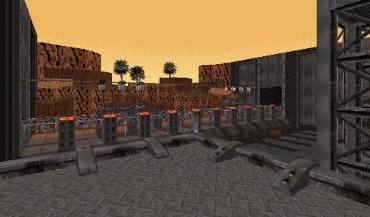 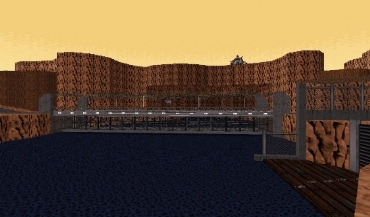