he map stays true to the original layout and enemy placement, but it does have a couple extra secrets added.
The texturing is done well and some palette and lighting effects were implemented, but the shading is sporadic and there could have used sounds to enhance the atmosphere. It gets by on what it does have, though.
Game play is moving from start to finish and shooting everything. Since it's a pretty short map, it can be finished quite quickly if all the switch-throwing and doubling back to grab equipment is skipped.
Quite a bit of additional supplies were added to enhance the Dukematch play, but they weren't paletted to only show up in Dukematch, so the firepower balance is pretty lopsided in favor of Duke. Especially if some of the stashes are accessed.
More fun than fishing with tnt. 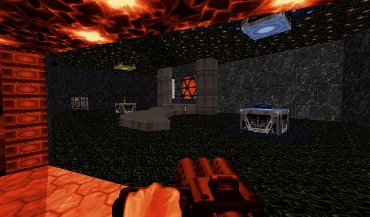 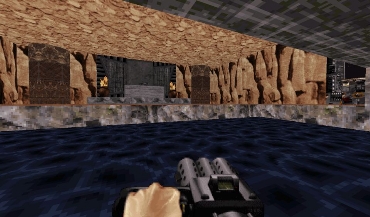 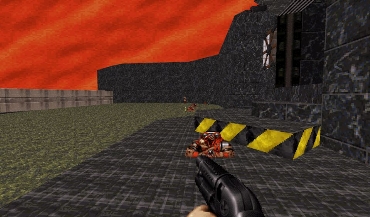 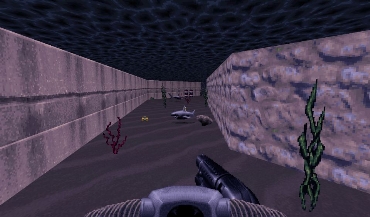 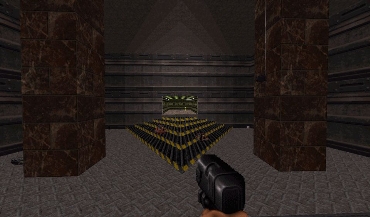