Typical of a Doom map, it has next to no detailing, simple architecture, and no ambient lights or sounds.
The atmosphere is dependent upon shading, texturing, occasional effects, and the varying elevations from climbing or descending the numerous staircases and lifts. It's sufficient, but not that immersive.
Game play is mostly about shooting the masses of aliens while a few of keys are incidentally collected. The floor-plan is linear at first, with a convenient teleport pad back to the blue lock if you can find it.
The second portion is just one big loop with several side rooms. Lots of baddies and loads of ammunition. Healing items are fairly abundant as well, so run-and-gun as you desire.
More fun than makin' bacon. 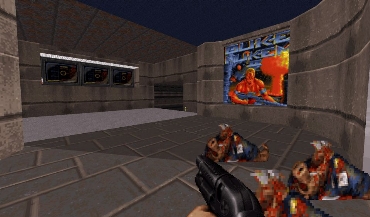 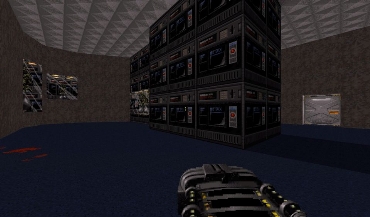 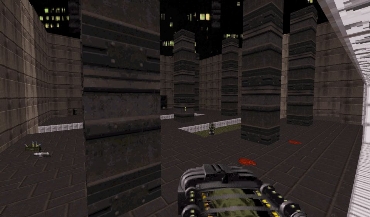 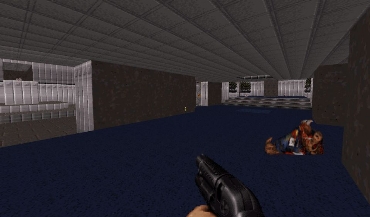 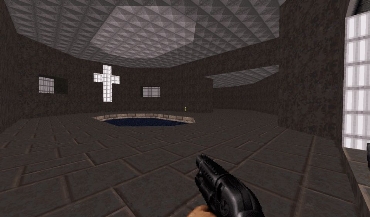 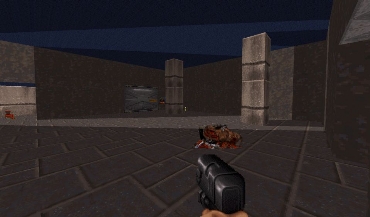