This is one of the authors first maps, maybe even the first one. Quite newbie and boring.
Since the author released quite a few maps it's no reason for not including this one.

The level is mostly set inside buildings and the goal is more or less....not present.
Just kill aliens, throw switches and search for what you've just opened. Find the three mandatory keycards and run for the nuke button.
Design is very simple; cramped rooms, bad lighting / shading, odd texturing, no ambiant sounds, etc.
There's tons upon tons of weapons, ammo and healing items spread out the map.
A 15 minutes romp. 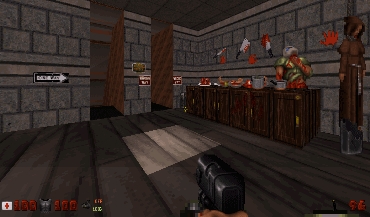 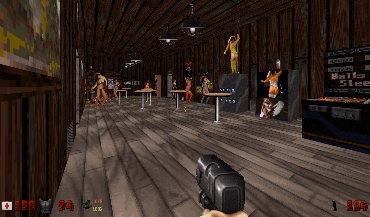 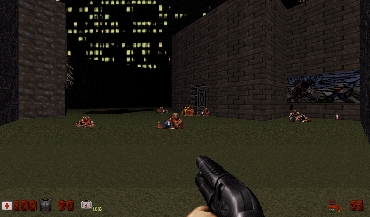 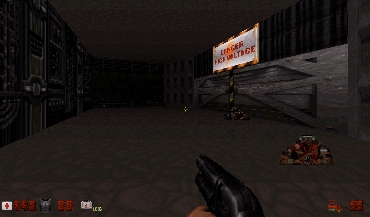 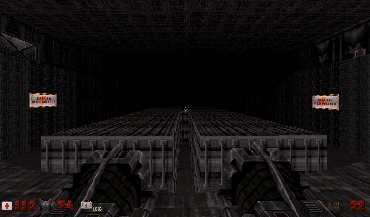 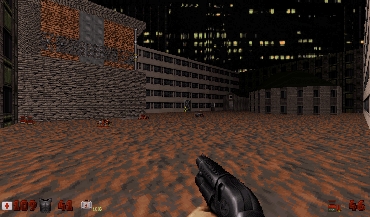