Dark Gate is the sequel to Aaron Barber's first release which went by the name Hexhouse.
Dark House follows its predecessor in a similar fashion with large rooms and a lack of enemies, however, rather unfortunate, it also replaces the non-linear design that was very prominent in Hexhouse for a more standard linear type of progression. In a way it's less impressive but also a bit more interesting due to its more varying locations.

While it is more linear compared to Hexhouse, Dark Gate still manages to offer a solid experience with its interesting form of progression.
While early on it's basically your usual wading on through huge corridors and big open spaces while killing enemies later on you'll come across two locked doors which need to be opened after finding their corresponding key card. Finding these key cards however is the fun part of it as they're both located in these strange and illusive places.

As with Hexhouse, however, Dark Gate is not without its problems. Texturing is sloppy like its predecessor with some odd texture placements.
Furthermore, for some reason, most of the sectors which use the water texture aren't actually tagged as water sectors so they behave like a piece of solid ground. I don't know if this was just an oversight of the author or if he actually thought it was a good idea. So think twice before actually making a leap of faith into what you think is a pool of water.
Sadly, Dark Gate also manages to be even easier than Hexhouse with only about 70 enemies to boot on a fairly large map with lots of ammo. Also, don't expect any difference between the difficulty settings as the enemy count is the exact same across all of them.
But to put some light into it enemy variation is good as you will combat most of the enemies that the game has to offer including mini-battlelords and a mini-overlord.

Unfortunately, Dark Gate is a bit lacking due to getting rid of the big open non-linear design from Hexhouse and for being just too easy. There's just not enough "oomph" to say the least. But still it's worth checking out on a boring and rainy day when you got nothing better to do. 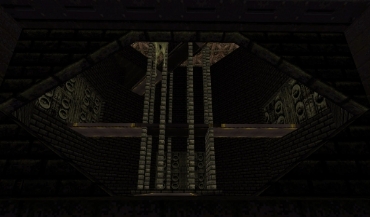 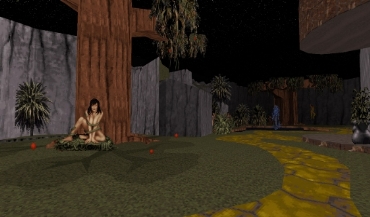 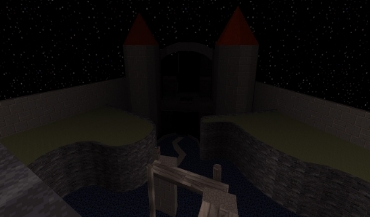 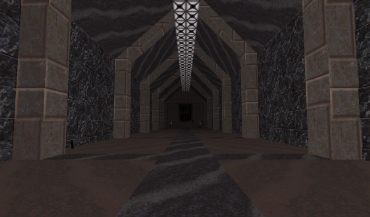 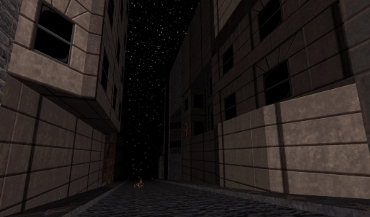 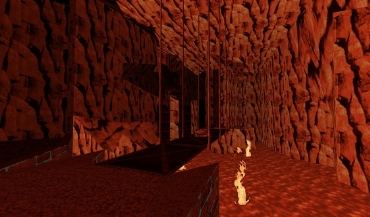