This is a short, story driven level.
The player is expected to read logs and transmissions on view-screens, follow the clues and instructions embedded within the text, then solve the mysterious disappearance of the station's crew along with the true source of their odd discovery.
The map starts out pretty quiet on a transit ship and then the story takes a turn for the worse just as the shuttle reaches the station. Everything is quiet. Too quiet. There are signs of recent human activity, but there's nobody around.
Read the consoles, follow the instructions, find the keys, buttons, and weapons. Other than locating a couple obscure buttons and seeking out which door unlocks when said button is activated, there's not a lot of deviation from the flow of the map.
Expect to do some back-and forth across the facility, but since it's only so big, the short distances and other factors usually keep the redundancy effect to a minimum.
The station starts out clean and orderly, but devolves into a mess from what appears to have been a violent fray. Well lit areas lead into dull shadowy locations as the condition deteriorates.
Some more ambient sounds could have really assisted with the visuals and transitions from one location to the next as far as the immersion factor is concerned, but with its nice lighting and detailing, it's quite satisfactory as it stands.
More fun than dead batteries. 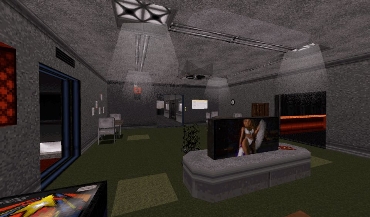 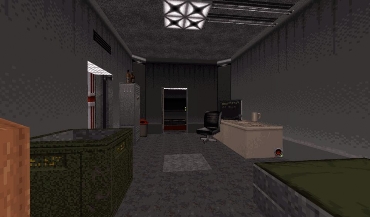 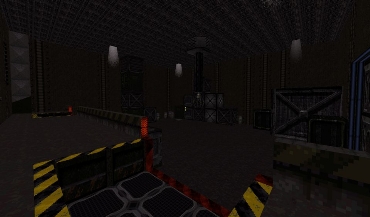 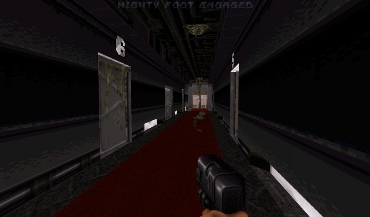 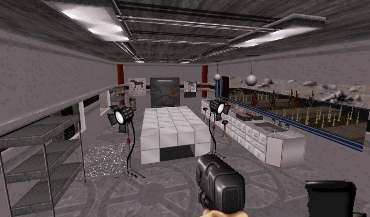 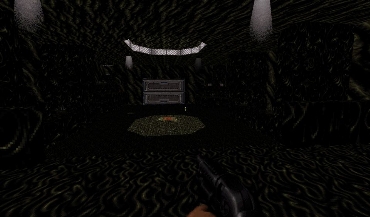