Those alien maggots have taken over Dukes favourite shopping mall. Mission is simple; eradicate the scumbags, look up their bosses and kick some asses.
The map is huge and it's not obvious where to go next....lots of backtracking to be expected.
Design is simple and with no whistles and bells. A subway takes you around the level or you may take a long walk.
Texturing is okay and the trimming ain't bad.
All weapons are to be found along with tons of ammo and healing items.
Played in the 1.3 version the attached CON-files turn bosses into mini-bosses.
Since the level is huge and confusing you should expect more than 30 minutes to pass but there's tons of firefights to keep you entertained. 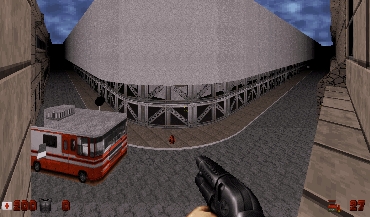 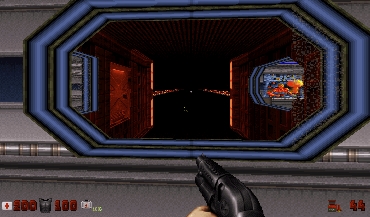 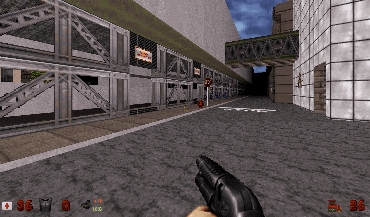 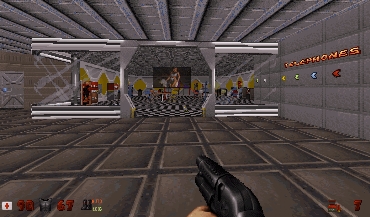 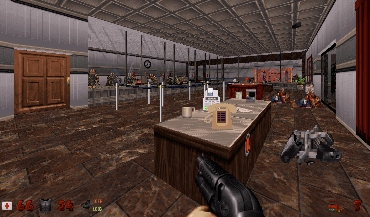 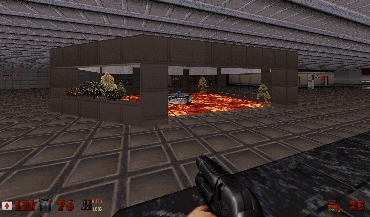