The aliens have taken over an Earth base and it's your mission to reclaim control over the facility by exterminating the alien threat.
A large underground base styled map with a decent layout that has many elevators to take you to different sectors.
Texturing is bland and repetitive and there's little help from the lighting as it is weak or missing in most areas.
There is some architectural work but alot of it is also repetitive.
Game play takes place mostly in very narrow corridors and small rooms that are cramped with sprite work and over-prominent trimwork.
Ambiance suffers from the constant sterile environment.

This is a find a key, or throw a switch to open a door, to progress styled map with confined linear play.
Game play ranges from easy to difficult. Some of the harder aspects of the map are shoot the button to open a door and get through it before it closes puzzle and combat with a mini-battlelords or commanders while standing in a hall with little to no cover.
There are quite a few puzzles where you must find the buttons to open a door or find the right door after throwing a switch (the last switch slowed me down a bit, the spawned enemies really didn't lead me to it.
The view screen near the switch showing more than just a hallway - which looks like all the rest of the hallways - would have helped). There's also a couple of trip mine traps to navigate.
There's alot of doubling back, sometimes with spawns but mostly without, because the doors that are being opened or require a key are usually back on the other side of the base where you just came from.
The enemies where strategically and well placed and range from troopers to mini-battlelords.
Weapons range from the pistol to pipe bombs and also a freezer. Ammo was tight but there was enough to get by on. Health was also enough to survive on and distributed evenly about the map.
If you like underground base styled maps with find the open door and by-pass the trap styled puzzles then I recommend this one. 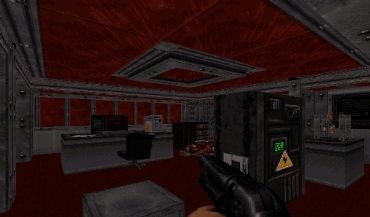 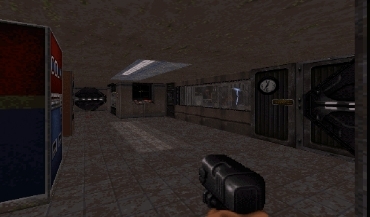 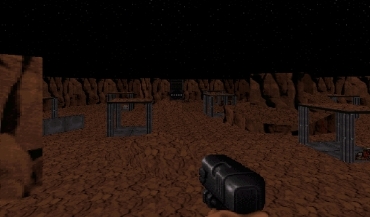 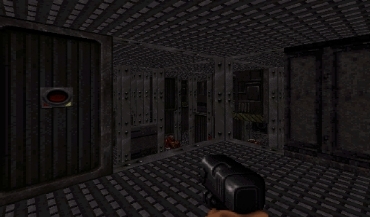