The aliens have landed a drop-ship on the roof of an office building in the downtown section of a city and have started a campaign of destruction, razing the metropolis to the ground.
Several buildings have already been blown apart and set ablaze, it's up to Duke to get in there and stomp out the invasion.
A decent looking level in the classic style of the first Duke episode. This is slightly more detailed, has an intricate layout, and is more structured architecturally, but the ambiance is similar in that it is primarily set by good lighting and shading contrasts, and a solid selection of complimentary textures.
The game play is pretty hard. Aliens, aliens everywhere, and barely a weapon or health pack to use. The map is an open world and allows Duke to go pretty much where he pleases; especially if one of the jetpacks is located early on.
With this allowance it's pretty random on what supplies will be found, but the priority should be to find a weapon, because with the amount of aliens and respawns in this map, the pistol won't last long or get the player very far.
The second priority is to find a couple healing items and note their locations. Use them very sparingly and only when desperate since there are very few to be had.
There are no puzzles, it's only a matter of time and exploration until the rooftop with the drop-ship is reached. Make sure you're well prepared.
More fun than removing a band-aid. 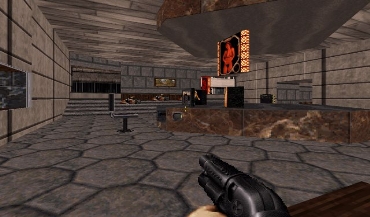 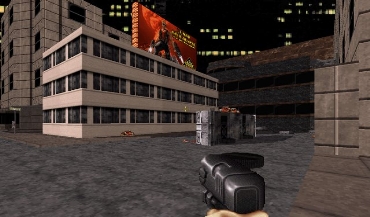 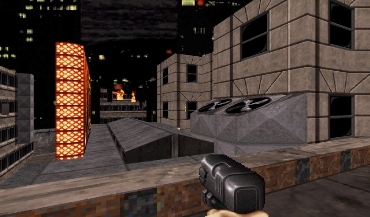 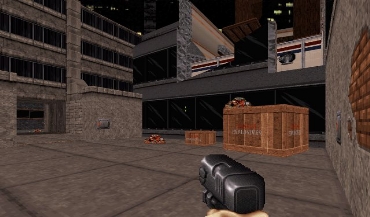 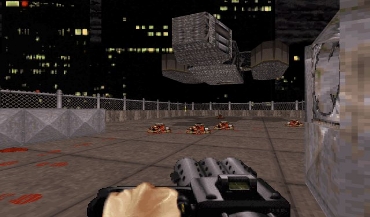