Most of this map is inside a club. More or less some sport facility with plenty of areas such as; pools, tennis court, spa, sauna, movie center and so on.
The goal is ...uhm....not to relax but hunt down all alien presence.
There's two ways to end the level; Kill the manager of the club or nuke the place.

The design is quite good for the most part with some variety in the rooms.
Texturing is also good (maybe except from the surface on a couple of pools...). Trimming is taken care of and the same goes for lighting / shading.
Most weapons is to be found along the route in addition to healing items. Some secret areas holds more goodies. Too bad there isn't more resistance then.
A 15 minutes of tennis and tanning it is. 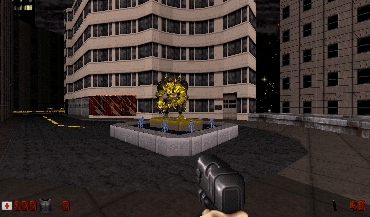 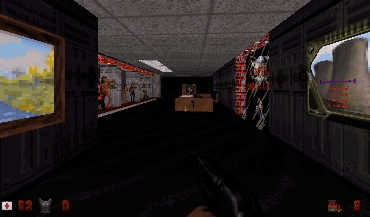 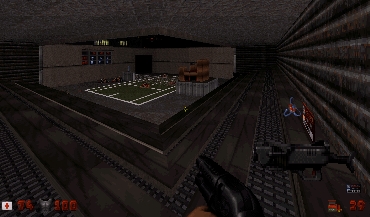