A map done in the theme of Minecraft. The atmosphere is also reminisce of other 8 bit games such as the author's Sonic TC. Aside from the default aliens the map gives the impression of playing some old late 80's console games with its blocky architecture and retro styled texturing and sprites. It's very well put together and pretty solid in its overall design and atmosphere. Quite enjoyable even if one has never played the game it's made to represent.

The theme is purportedly similar to Minecraft's concept: collect items to make something useful. Find a diagram on a wall which lists the ingredients and what the reward item will be; go gather up said items, return to the diagram and cook up your construct which can be anything from a key to pipebombs. Combat is pretty well balanced between aliens and supplies and the enemy placement in addition to the respawns are well thought out and fairly placed. There are only a couple spots that are difficult to get around in; one being the dark caves in which it can sometimes be difficult to locate the next red outlined torch bracket, and the lava caves. Get even a little too close to the edge and the player is done for. It's a good idea to save before navigating that part. 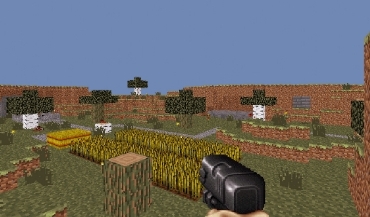 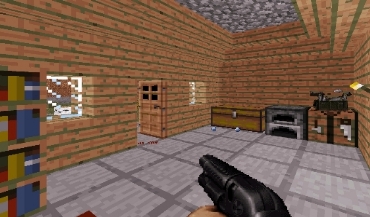 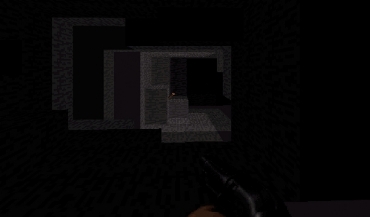 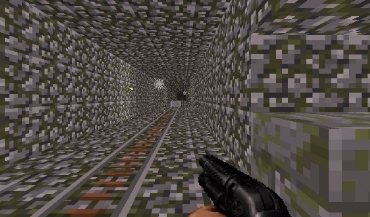 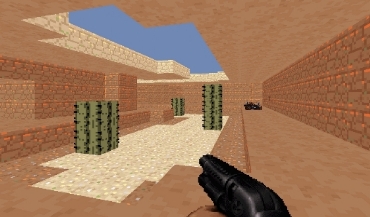 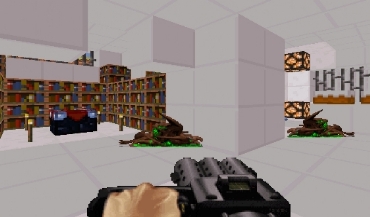