Aesthetically it's a fairly simple map. The texturing is done in broad brushstrokes with minimal trim work, and detailing is scattered about in concentrated pockets. Shading is almost non-existent which probably hurts the atmosphere the most. If there were strong lighting contrasts and a few more sector effects, the rest of the minimalistic construction techniques could have been easier to overlook.
As simple as the layout is, which consists mostly of just a series of rooms, the gameplay is fairly decent. There are quite a few stashes and side passages interlaced into the mainframe of the floorplan which provide a good variety to the method the player moves around and approaches certain areas with heavier alien presence.
There are several masked walls that have enemies behind them sniping at Duke, but it's pretty obvious where they are, and they hold good supplies to compensate for the trouble. Wander around, find keys, find locks, shoot baddies, and re-claim the club for Duke's fans.
More fun that smacking your thumb with a hammer. 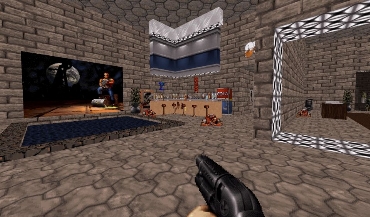 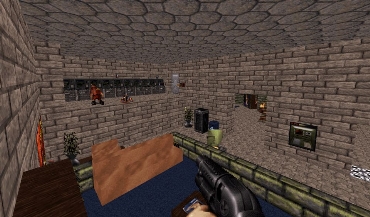 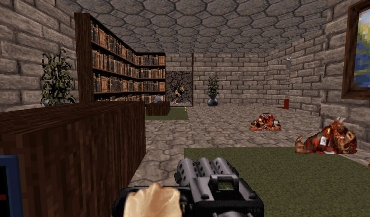 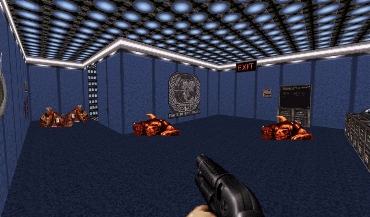 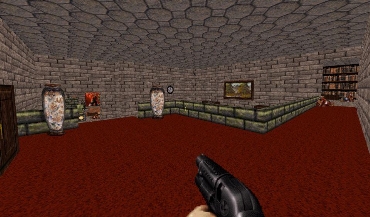 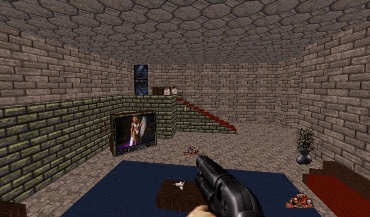