An EDF missile base and orbital station.

The construction and design are a bit primitive in this map. There are over-sizing issues, cramped rooms, doors with odd textures which make it difficult to identify them as doors, sporatic themes such as an apartment building styled location on a space station, underwater transitions that squish the player, buttons that either do unknown actions or just raise a bit of floor for no apparent reason, odd door puzzles that have haphazard solutions, and sporatic detailing with next to no shading.
The basics are there; ambient sounds, some architectural trimwork, selective texturing, sector effects, decent alien to supply ratio, and a sense of progression, but it lacks the consistancy and fine tuning it takes to make a good atmosphere. Even the ending feels abrubt and flat.
The level is primarily a button and key mission with an odd multi-door puzzle thrown in. Most buttons unlock nearby doors. Some buttons do useless things, or things that are not immediately obvious. Just hit them and wait for the satisfying beep or unlocked message, then go hunt down the triggered event.
More fun than dairy creamer. 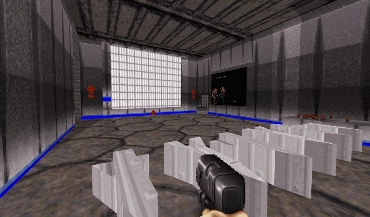 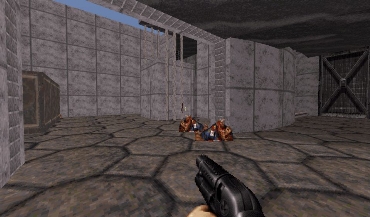 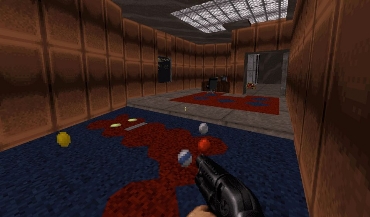 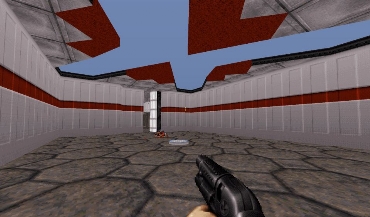 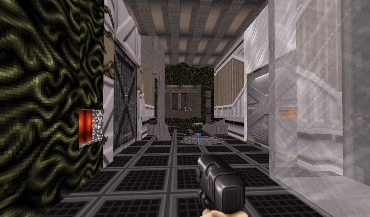