A large city map centered around a hospital.
The map is broken down into several areas, the street, the hospital staff and office wing, a building across the street, a sewer, the main hospital treatment section, the hospital roof, and the back alley behind the hospital.
Construction makes uses of room over room techniques which expand the map's play area vertically without the use of forced transitions. The outdoor sections are early evening gloomy, look worn and dirty, and give the feel of city blight. The inside of the hospital is nice and clean, sterilized, and well lit.
The contrast between the atmospheres gives the impression of playing two separate maps and of teleporting back and forth between them.
Overall the map is solidly built with only an occasional weird texture used, and for some reason the author left a bunch of 0 tiles scattered around the map. Additionally the map is on the large side so the end result is some areas are very well detailed while others, mostly inside the hospital, are rather mundane and simplistic.
What gives this level a boost is the environmental interactivity. Buildings blow up, vehicles crash into each other, subway cars crash through walls. Lots of good ol' destruction and mayhem.

Game play is mostly button and switch puzzles with a couple key cards thrown in.
Confusing and tedious sums it up. Only a small portion of the switches have signs over them or a view screen nearby to help the player find what unlocked. The rest of the time they're on their own.
The level is full of elevators and lifts to add to the drawn out extensive searching that takes place after finally finding an activator, getting that satisfying sound of something unlocking, then realizing they're going to be spending the next several minutes retracing steps, if not re-visiting the entire hospital, to locate the next area for exploration.
It's not extraordinarily hard to solve the puzzles, but it is time consuming and patience is a virtue. There are a couple of button puzzles that would have best been left out or reduced in number. Too many buttons and no clues just add to the redundancy of repeated tasks that create the identity of this map.
As a side note from my experience, there are buttons that can be shot through windows and pressed through walls.
A little creative acrobatics can also get the player past some certain obstacles which also reduces the searching time. With a little ingenuity and luck the map can be finished without having to find each and every switch.
Combat is secondary to the puzzles in this level. The enemy placement and variety are fine, but there's so much heavy artillery, health, and ammunition laying around that the player can't use it all unless they spent their time jumping off the roof while holding the fire button down. 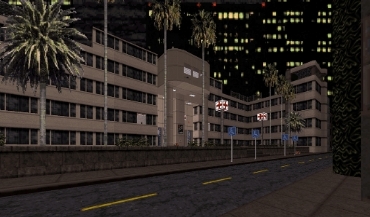 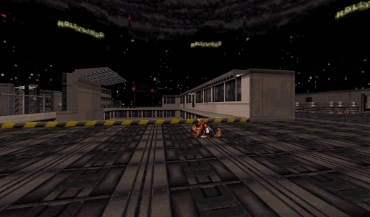 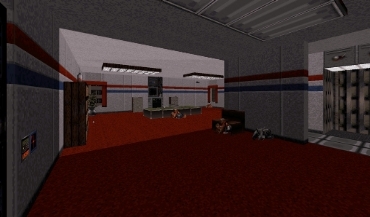 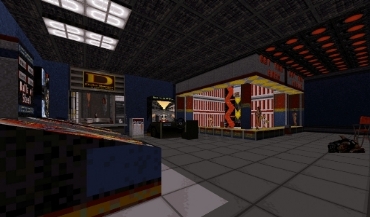 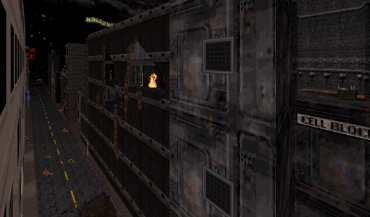 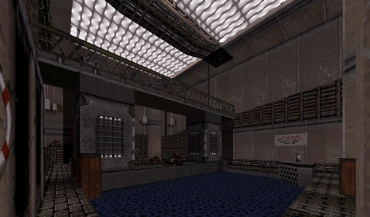