The challenge: give a group of premier mappers from the community just three days to create a set of maps centered on the theme "ten" to celebrate DukeNukem3D's 10 year release anniversary. Given the short amount of time to create the maps you shouldn't expect to be wowed by phenomenal architecture, incredible detailing, or flawless design. What you should expect is a test of your game playing skills. Are you up to it?

Keep on surviving, by Geoffrey van Dijk.
A short map that will test your tactical combat skills.
Armed with only a few weapons you find yourself in a series of interconnecting corridors with the task of killing everything that moves. There's ammo a'plenty, but barely an adequate amount of health to get you through. Use the crates and corners to your advantage to get you through this one.

Attack!, by Maarten van Oostrum.
Duke is trapped in a city block that is overrun by aliens.
With nowhere to hide and surrounded by a mixed bag of enemies, your best bet is to run around to keep the aliens from drawing a bead on you. There's a nice selection available for Duke's arsenal with plenty ammunition. Health is a bit tight until the end so keep those feet moving.

The Lair of the Witch, by Iggy.
A series of interlinking temple rooms full of some of the more powerful aliens; what this map lacks in health, it more than makes up for in heavy artillery. One of the simpler and easier maps of the collection, Duke has easy tactical advantage over his foes in both places to take cover and in positioning over the aliens that are down in a "bowl".
Shooting fish in a barrel comes to mind, just don't get careless.

JSDuke10th, by James Stanfield.
One of the larger and more challenging maps in the series, Duke starts out with just the bare minimum in a space ship hanger. A combination of combat techniques is required to survive the onslaught in this one. Get armed fast and collect as much ammunition from your fallen enemies as you can or Duke won't last long. There's a good stash of health waiting for you if you can reach it, but don't expect it see you through to the end if you think you can take your foes head on.
Running, taking cover, using the terrain and surroundings to your best advantage will get Duke to the top of the alien spire in this full out battle.

Lucky 13, by Iggy.
This one is a straight up toe-to-toe knock down fight and there's not a lot that you are able to do to get around it. Duke starts out in a prison cell, but once he escapes there's a large stash of weapons to get him ready for the upcoming battles. This map provides the most health, weapon selection, and ammunition stashes out of the group, but that doesn't mean it's going to be a cake walk. Duke must move through a river canyon and out to a series of small islands, all the while fighting the raging hordes of tough aliens. The key to this one is weapons use. How good are you at switching guns in the heat of battle to take out the different enemies coming at you from all directions?

WG10, by William Gee.
The most complex and difficult map in the group; it starts off seemingly innocent enough, but the hordes of spawned aliens that appear immediately following the solving of the switch puzzle is equivalent to running full speed head first into a brick wall: very painful. If that isn't enough, Duke must fight his way through a series of mini-battlelords to gain the top of a castle.
The arsenal is loaded and there's abundant health and ammunition, but believe me when I say every bullet and health point is precious. Use the terrain to your advantage and watch your back.

Work on the shop! (werk aan de winkel! :D ), by Merlijn van Oostrum.
Duke starts out in a town plaza already under direct fire. After handling the immediate threat Duke finds a few weapons nearby and a little bit of health to help him take out the alien scum loitering on the next street over. Moving through a garage stacked with badies, Duke finds the portal to the alien stronghold where he takes on their leader.
After the first couple of fights, this map gets a bit easier due to the large quantities of ammunition for the heavy artillery laying all over the place.
While not a stroll in the park, the map presents a bit of an easier challenge. There's plenty of cover and walls to hide behind, and taking out the leader is simply a matter of back peddling while holding the trigger down.

This is a must have collection for any serious player. While not full of complex layouts and mind blowing eye candy, these maps are quite enjoyable. I found the experience equivalent to watching a series of five to ten minute long intense combat scenes from a good war movie. Not for the meek or timid, it's tailored to the hard core gamers that like their maps full of fast action and furious gun battles.
You know who you are.

Just for your amusement: If I had to rate this as a series it'd be something along these lines: 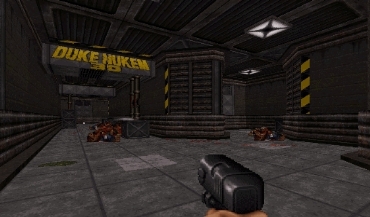 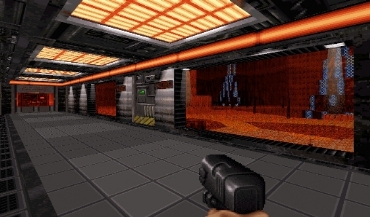 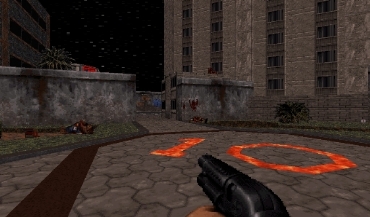 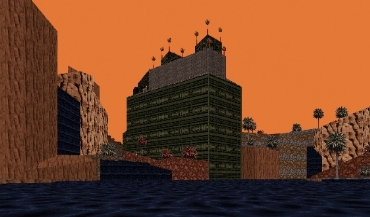 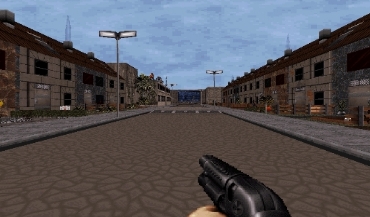 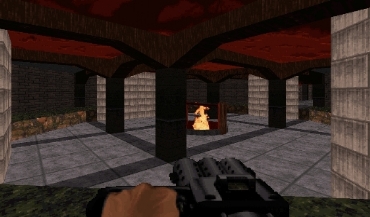