An urban type map with a mix of modern streets and medieval styled architecture for the interior locations.
Aesthetically the map has some nice construction and good shading, but lacks in trimwork and detailing. There are just too many flat single textured areas to provide decent depth.
The layout is fairly interesting though. Lots of corridors, rooms, underwater sections, and side areas to explore around in.
Navigation is on the vertical plain as well as along the normal horizontal. Note that the jetpack is going to be required to get out of or reach certain places so don't waste too much fuel.

Game play is a key card hunt.
The premise is to explore around the accessible areas until the key is found, unlock the next section and repeat the process.
A few puzzles, a bit of uneventful backtracking to earlier sections of the level to retrieve a key, and some observation skills to notice passages just off the peripheral are the only issues until the red key portion. This particular key's location is displayed on a view screen, but where the lock is located is not. It seems the key is revealed at the same time the door to where the red lock is unlocked, but which door that is falls on the player to figure out. A little extra exploring may befall the person that didn't notice a certain locked door earlier and recalls checking it after exposing the key.
After the red key is used the player also needs to notice a button just off normal center view to unlock another door.
After that the player then has to notice a rather camouflaged door across from the door they just left. A bit annoying, but not extremely unfair.
The open floor plan and the well balanced combat make up for some of these short-comings. 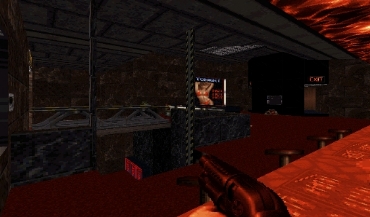 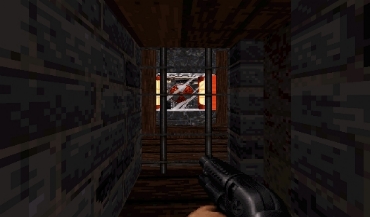 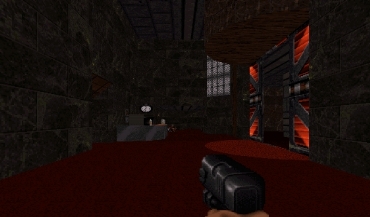 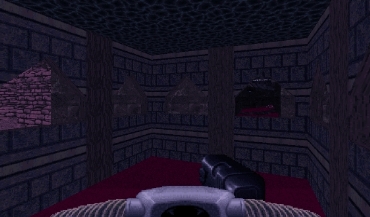 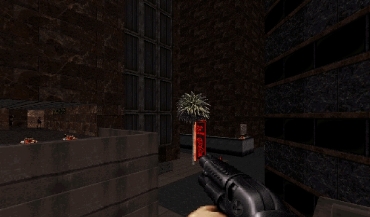 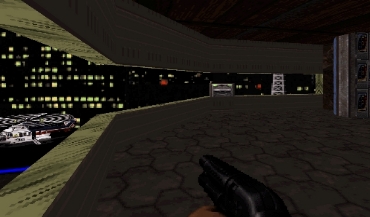