Dramatic climate changes 2000 years into the future have caused our home planet to revert back to "snowball Earth". The humans have evacuated and moved to a distant planet leaving the iceball open to be inhabited by aliens.
Now the aliens are using it for a base to expand their conquest and it's up to Duke to get in there, find out what they're up to, send transmissions back to our new home world, and get the hell out of there.

The map is made up of a fairly long series of frozen caves and ice canyons. Though the progression is linear, the fluctuation of moving back and forth from indoor locations to outdoor areas gives the impression that you're exploring more than just a one way path.
Surprisingly you somehow end up right back where you started without even realizing you were heading in that direction.
There's a few cliff jumping places and towards the end you'll enter into a base like area where a few keys are required to expand on game play beyond just blasting aliens.

Aesthetically the map is filled with strong lighting and shading work and strong trimwork and detailing.
The architecture and texturing is laid out to break up any possibility of the scenery getting washed out or redundant.
You start out lightly armed and as the intensity of the alien encounters increase, the arsenal is boosted.
Healthkits are located at strategic junctures, so about the time you start bleeding out, you can heal up. 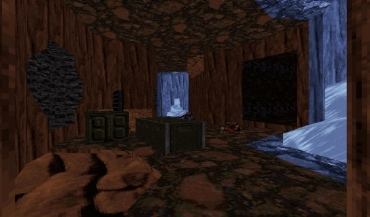 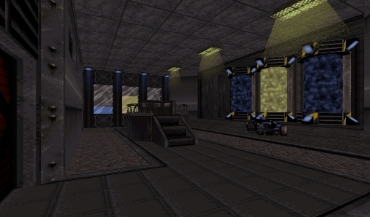 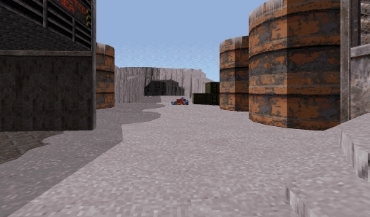 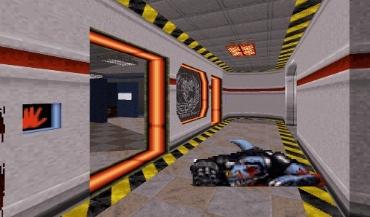 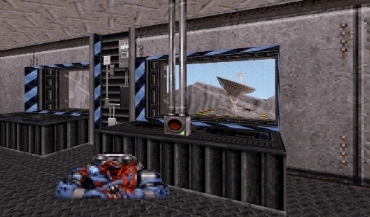 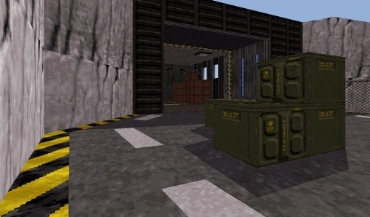