A small urban setting with a mini-karaoke club, a short alleyway, a bar, and a subway system. A very early and amateurish map; there's alot of oversizing, blocky architecture, construction mistakes, poor shading, and odd texturing.
The layout is somewhat open and allows the player to go just about anywhere, but several of the areas are just dead ends which really serve no purpose other than to kill a few extra aliens since there's little to no reward for entering these locations. Finding the hidden doors which are camouflaged into the walls will open the map up even more, but unfortunately a few of these doors are mandatory to find in order to gain a vital key and the pathway to the exit.
So randomly clicking around on walls becomes mandatory and kills the flow of the game.

Game play consists of finding a few keys. Combat can be a bit of a challenge since the arsenal and ammunition is very strictly limited. Several of the fire fights are located in very restrictive corridors and leaves the player a sitting duck. Expect to do alot of kicking if the monsters don't drop very much ammo, but the upside is there's a ton of health. 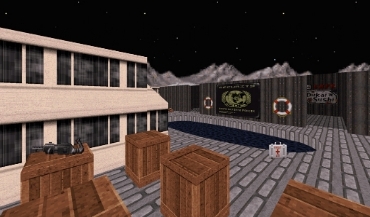 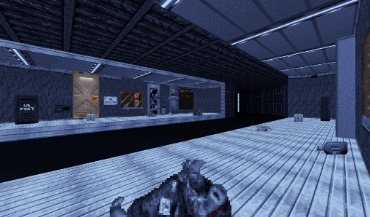 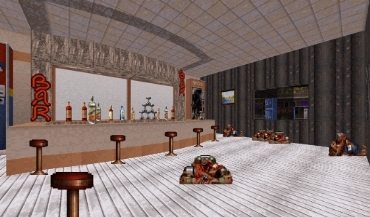 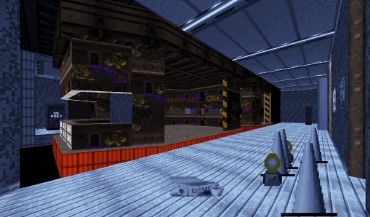 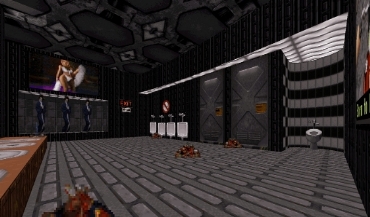 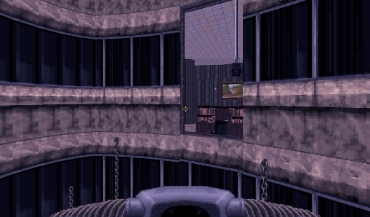