An EDF moonbase map. The level starts off in an airlock that leads to a tram station. Duke then follows the tracks across some nice moonscape canyons and cliffs to a second section of the base that contains a club and the crew quarters. Then he must return to the first rail station to enter control rooms and retake the facility. It has a very nice look and feel to it with good trimwork, detailing and texture choices. Sounds, lighting effects, and portals to see outside complete the atmosphere. The only major problem with the map is it's very, very cramped and can be hard to move around in.

Game play is key cards. There are a few labeled switches and some wall cracks added to the mix in order to get into some rooms, but otherwise it's a pretty straight forward affair. A couple balance issues involve the extremely cramped design of the map and resource placement. There's not alot of room to move around in and most rooms are packed with enemies, so the player is basically standing out in a hallway repeatedly opening the auto-close doors and shooting into the crowds of aliens until everything stops moving and there's free space to get past the doorsill. Quite a few times a fat commander will be sitting right on the other side of a door ready to surprise the player. It's near impossible to avoid getting a rocket in the face or at least a fair amount of splash damage. As far as balance goes there's a decent amount of health and ammunition to handle most of these situations until the end. At this point the balance just falls off a steep cliff face first. Even though fighting two mini-battlelords in a room the size of a walk-in closet is kinda sucky, there was no need to load the player down with a full complement of weapons, ammunition, and atomic health immediately beforehand. 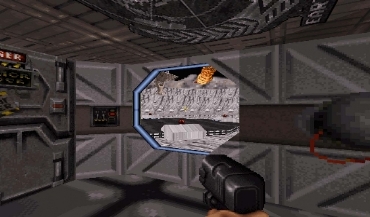 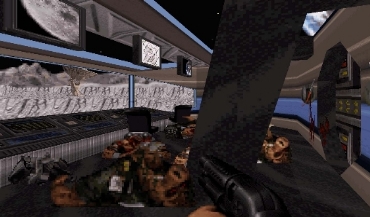 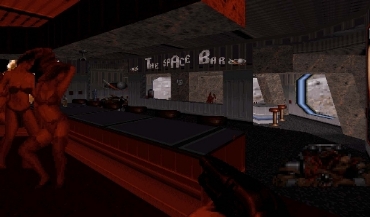 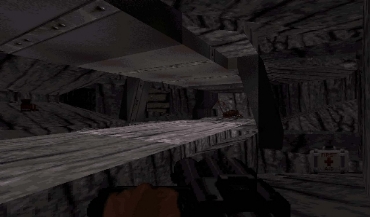 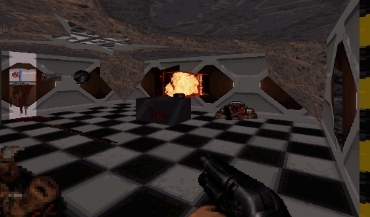 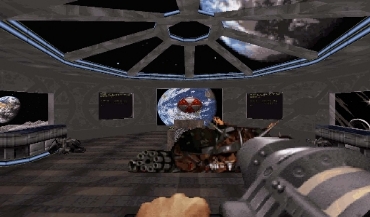