An EDF styled instillation that's been overrun by aliens.
There is a story line, if you care to observe the view screen before exiting the helicopter that follows the theme of aliens trying to acquire EDF secrets so Duke must get in and destroy the computer mainframe.
The layout is fairly basic, but logical for a base, and consists of corridors running the circumference of the facility and specialized rooms along the inner walls.
Locations consist of a lobby type area, a mess hall, barracks rooms, a recreation room, computer rooms, a reactor room, an outdoor park plaza, and some other typical base designed areas. Most of the locations are open for exploration and the spacious design allows for ease of moving around.
There are some neat tricks used to create a couple of puzzles, some of the architecture, and the exiting of the helicopter at the beginning.

Game play is based on a key card hunt and solving a couple of puzzles.
There's nothing too complex or confusing and there are clues when necessary to help figure out what to do.
Combat is fairly well balanced; weapon selection is limited, but there's plenty of ammunition and health, and most of the enemies aren't of the tougher variety, but they're usually encountered in packs. 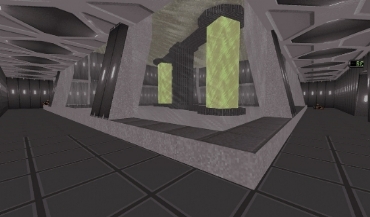 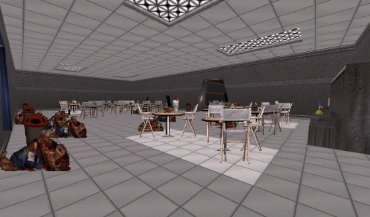 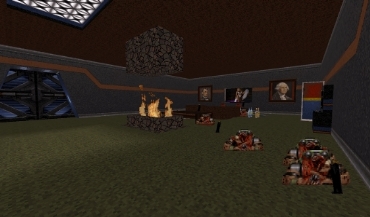 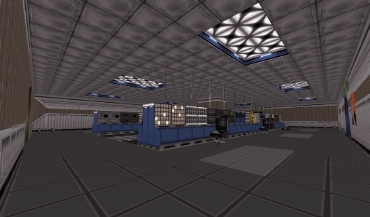 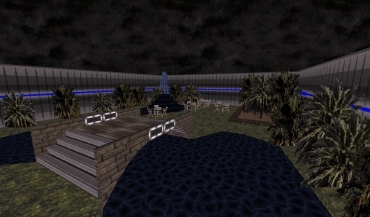 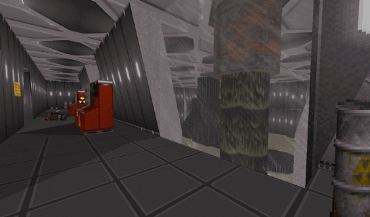