An EDF military base located on an island.
There actually is a story that can be followed along with various view screens spread throughout the map. It starts out with aliens trying to get ahold of a secret powerful bomb and ends up talking about an evil Dr. H getting away (I'm guessing this is the person that told the aliens about the bomb).
The map has a few outdoor locations, but the majority of the game takes place indoors. It mostly the normal things seen in a base; computers, consoles, everything's made of steel, etc.
The layout is pretty straight forward and linear and the only things to slow you down are the locked doors, the blastable walls, and the aliens. Even though the map flows in one direction, it's not made up of a simple chain of rooms.
The player will be dropping down shafts, swimming under water, flying up shafts, and performing other variations of traversing locations. This gives the map some depth instead of feeling like being trapped in a hamster cage.

Game play is based on throwing switches to unlock a few doors and surviving the fire fights.
Both are fairly easy; there are the garden variety baddies, with only a couple tough ones mixed in, and there's ammo aplenty.
Healing supplies are present in over abundant amounts if you take the time to seek them out. The floorplan directs the player in a single direction and clues are provided at every switch. You could stab yourself in the eye with a pencil and start banging on random buttons and you still wouldn't get lost.
There are a few tricks tossed in; like the micro-chip key card, destructible elevator platform, and the time delayed door, but other than that, it's shoot and move. 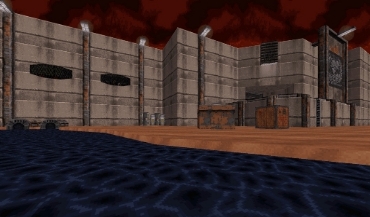 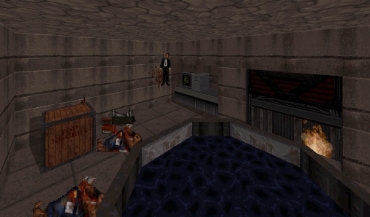 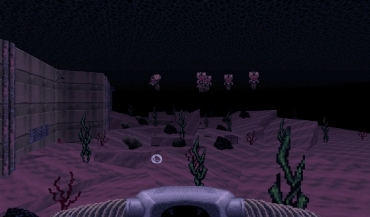 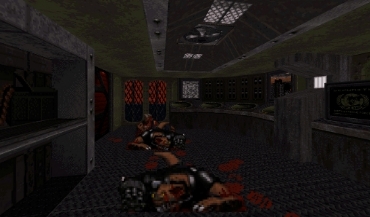 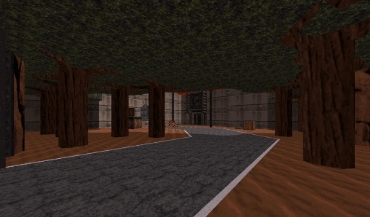 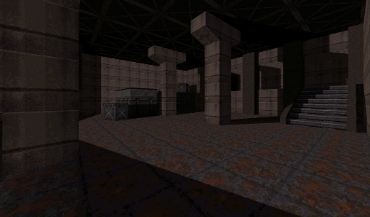